Debbie Mallard and me: writing a trans woman character 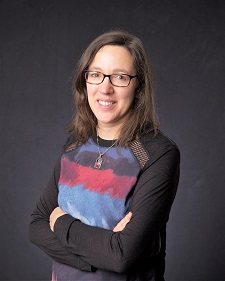 Readers familiar with my Burton & Lamb series will know that each case our legal duo defends plays out against the background of a different topical theme, and that I people my books with a diverse cast list, reflecting their contemporary London setting. And also that I like to examine our constant search for new and better ways of doing things.

The genesis of The Rapunzel Act, my fourth book, was my desire to assess the impact of allowing cameras into our courtrooms. Perhaps surprisingly, a number of high-profile figures are in favour of filming our criminal trials, for a variety of reasons: to educate the public, to allow "justice to be seen to be done", to guard against conspiracy theories, and (in one case), on the basis that it might temper the conduct of otherwise "aggressive" barristers in their treatment of witnesses. A change in the law in June 2020 has paved the way for the cameras to roll.

I was well aware of the potential for livestreaming to transform the process into a public spectacle, as it had in the OJ Simpson trial in the USA in 1995 (yes, it really was that long ago!), when filming of each day's events had a profound impact on the participants, including the jurors.

Race became the defining factor in that trial, but I decided to confront a no less polarising issue for 2021 audiences: whether a trans woman would be fairly tried for the murder of her former spouse, in proceedings subject to close scrutiny and analysis, excessive media interest and social media comment, especially because the dead woman was a breakfast TV presenter and nation's darling. 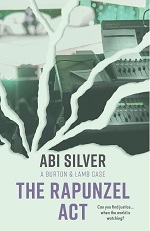 And so moped-riding, fashion-conscious, ex-Premier League footballer Debbie Mallard was born, and the more time I spent with her (in my head, then on the screen) the more I knew I wanted her to be part of the Burton & Lamb legacy.

Of course, that meant doing all I could to make Debbie a plausible and well-rounded character, necessitating research, which, naturally, I undertake for all my characters and plotlines, to varying degrees. (I couldn't possibly have written about the technology underpinning driverless cars in The Cinderella Plan without some help along the way.) This time, I was fortunate to have access to a wealth of material; the relevant legal framework providing for a person to change gender and purporting to protect trans individuals from discrimination, together with a number of government-led consultation processes on its revision and updating, were all available online. One aspect of this, the "spousal veto", is specifically addressed in the story.

I accessed real life stories and anecdotal evidence provided by trans men and women via books, magazines and websites, most notably the Real People: Patchwork Stories on the All About Trans website. I talked at length to a local trans woman, who was willing to share her story with me and who was prepared to read my book in draft and provide comments. Some elements of Debbie's background are taken directly from this woman's experience.

Even then, with an eye upon the sensitivity of some of the issues I was covering, I decided to write about Debbie, most of the time, from the perspective of others. This wasn't limiting: I don't routinely write from the point of view of every character and not often from inside the head of the accused. My stories are "whodunnits", after all.

Sir Kazuo Ishiguro recently gave a timely and important warning about the dangers of self-censorship by authors less established than himself, for fear of reprisals. Perhaps it's a sign of how far we have progressed that I've never been asked how I tackled writing Constance Lamb (a Black woman half my age and one of my two protagonists) or Ahmad Qabbani (a Syrian refugee and the defendant in The Aladdin Trial) or any other number of characters with lives different from my own.

The Rapunzel Act is published by Eye and Lightning Books in paperback original on Thursday 15 April.
abisilver.co.uk
@abisilver16