Diversity: down to the real work

Good intentions are a given, Emma Paterson writes. Now we need to act, reforming our role as gatekeepers 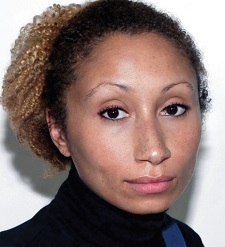 What do we talk about when we talk about diversity in publishing? Well, we talk about the industry and publication data. For instance: of the top 100 titles of 2016, only one was by a British writer from an ethnic minority background. Or, as reported in a recent Guardian article: in a survey of more than 1,000 people working in UK publishing, 90% of participants identified as white.

Sometimes, if the conversation becomes more textured, we talk about the emotional data, too: how it feels to be the only person from a minority background in a crowded industry party, for example, or at an acquisitions meeting, or on an entire company floor. Imagine that. No, please, do imagine it.

More recently, the conversation has turned proactive: if we agree that things are broken, how can we fix them? What should we actually do? This year and last have seen a wave of corporate and independent initiatives forged in that spirit, from Penguin Random House UK's "Inclusion Tracker", intended to measure the diversity of its authors and staff; to the Jhalak Prize for Fiction for British writers of colour launched by Sunny Singh and Nikesh Shukla; to the Sharmaine Lovegrove-spearheaded imprint Dialogue Books, which seeks to nurture writing talent from areas currently under-represented in mainstream publishing.

Using your cultural power
Since becoming an agent - and as an agent from an ethnic minority background - I have spoken at numerous events organised to discuss the problem of diversity. It is a problem I have also spoken about at events that have nothing to do with diversity at all, because it is much on people's minds. What I talk about there, and what I want to talk about here, is in my opinion significant because it starts the conversation before any of the stages above, and at arguably the earliest point in the chain of formal (and traditional) publication. I want to talk about our role as gatekeepers - an impossibly grand term, but one that nonetheless speaks clearly to our cultural power.

Our role as literary agents is to represent authors; to ensure that their work finds the best possible publishing home and for the best possible terms. Our role is also, of course, to find authors to represent in the first place. In doing this, we need not just to open our doors (or our gates) to the talent that knocks on them; we need to venture into the world and build a list of authors that looks something like it. It has always struck me as noteworthy that people will pass daily through a diverse world - just think of your tube journey to work, for example - but continue to nurture client lists that fail to reflect that experience. I say this not as any form of accusation, but to hold those with power and responsibility - including myself - accountable for the books and stories shaping our culture.

Good intentions
It is clear from both the number and the sincerity of conversations around the subject of diversity that people's intentions are not the problem. The first part of all this is understanding that there is work to do. The second part: intending to do it. But, as the data I opened this piece with will attest, good intentions are simply not enough. The most important step of all is actually doing the work. Some of that work will be hard, but when has working in publishing and striving to keep books at the centre of people's attentions not been hard?

What, you ask, might the work look like? Well, it will be varied, and I am by no means an expert - nor does my identity as mixed-race make me an authority - but it will first involve some recognition that you are not seeing diversity in the submissions you receive or the recommendations you are given. It might necessitate reading and research, and extensive, expansive late-night googling to find, online and in real life, writers and work you haven't seen before. It might also require you to make yourself available to emerging writers in new and unorthodox ways, in acknowledgement of the reality that a disproportionately small number of writers know what a literary agent is in the first place, let alone how to go about finding one. I, myself, had no idea that the role existed until I was 25.

Now that I've been in the role for the best part of three years, part of the joy of agenting for me is that at the end of the day, it's up to you. Who you seek to represent. How and where you find them. It's time we used the privilege of that freedom to insist upon change.

Emma Paterson is a literary agent with Rogers, Coleridge & White and Treasurer of the Association of Authors' Agents.