A year after the first coronavirus lockdown was announced, Nicholas Jones reflects on the changes it has wrought for audiobook production 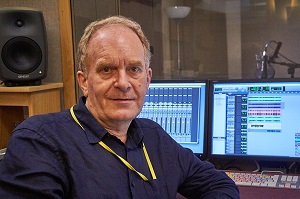 A year ago, very few audiobooks listeners would have realised that duvets were a valuable asset for recording audiobooks as well as for listening to them. But the press coverage of the BBC making radio plays in lockdown, with the famous request "Can I have that line again with a bit more duvet, please?", has made rather more listeners aware of the challenges of making good audio recordings outside a studio.

When I recorded my first audiobook, 35 years ago, it was an activity dependent on having a dedicated studio. Recordings were made on floor-standing reel-to-reel tape machines that even then cost thousands of pounds, and editing meant physically splicing the tape, a slow and skilled process. I was producing tie-in cassettes for children's television (Button Moon is probably the only one still known today). Mixing narrative, music and sound effects was done in real time by sliding faders (volume controls) on the multi-track studio desk; it was an activity that would have been best performed by an octopus. It was usual to have two people in the control room: an engineer to look after the complex equipment, and a producer to direct the performance. It went without saying that such studios had really good sound insulation and acoustic treatment on the walls.

By the early 2000s recording technology had moved on to such an extent that it was practical to record on even quite low-end computers, although you still needed an external box to convert the analogue audio signal into a digital one. In the last few years, it has become possible to make broadcast quality recordings on a smartphone, provided you have a decent microphone to plug in.

Comfortable listening
What have not changed, however, are the laws of physics. Sound bounces off surfaces and travels through obstructions. We humans are evolutionarily programmed to analyse how sounds are modified by the environment so that we can deduce things such as where the sounds are coming from. Since originally this would have been important (‘Is that sabre-toothed tiger near enough to be dangerous?'), we can't not pay attention to these clues. However, it takes a lot of brainwork to manage this - fine for a minute or two, but you wouldn't want to listen to a whole audiobook whilst having to do that extra processing all the time. You'd feel exhausted. So an audiobook that's comfortable to listen to must have a very neutral ambience.

When the virus suddenly meant that people couldn't, or didn't want to, come into a studio, we had to assist them in setting up to record at home (although actually, since good studios are independently ventilated isolated rooms, they are probably rather safer than, say, a supermarket). 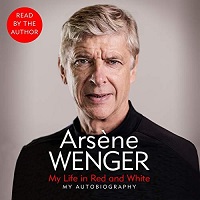 We found that even quite experienced readers didn't fully understand that the most important part of making a good audiobook recording, apart from the quality of the reading, is not the technology used to capture the performance but the space it's made in. In the early days of lockdown we spent a lot of time rearranging sessions and helping people set up at home. It surprised us how unaware some readers were of the essentials: one actor, asked if she had a quiet space to record in, replied, "Oh, yes, I've got a room in the basement that's well away from outside noise. It's my shower room." Hmm. Tiled walls, no doubt. Any recording made there would have been so echoey as to be very tiring to listen to.

Airing cupboard studio
The best home recording we've produced so far was made in the author-reader's airing cupboard: he lives in a very rural, large, detached house, with a proportionally sized airing cupboard. Hanging duvets off all the racks around the room produced an acoustic not dissimilar from a studio, in which the walls would be lined with Rockwool. It was, however, recorded straight onto an Apple MacBook Pro into QuickTime. Fancy technology not needed.

Duvets may help control the reflections, but they do little or nothing to exclude noise from outside. Noise from aircraft and traffic was greatly reduced in lockdown, but it's surprising how much there is in a residential neighbourhood from dogs, children playing football, and neighbours practising the drums or just working out in the flat above. We know of home-recording readers who've found it necessary to record at unusual hours, like 5am to 7am, or 11pm to 3am.

In the first few weeks, when we called to discuss how to reschedule recordings, several agents cheerfully remarked that studios like us would no longer be needed since their clients were setting up at home. In practice, though, many audiobook readers have been only too keen to come back in to the studio, where, as one put it, "I have to worry only about my performance, not whether I've actually pressed record, or whether the noise of rain on the window will be heard. And in any case, it's lonely reading to myself all day. I need someone to perform to."

Remote challenges
Although we soon acquired a working knowledge of remote recording software like Source Connect, CleanFeed, Session Link Pro, Zencastr and SquadCast, we also came to know more than we wanted to about unreliable wifi and internet connections. The slight delay - there's often a latency of half a second or so if you are listening at a quality necessary to make sure there are no stray noises in a recording - might seem unimportant, but it makes talkback intervention much more cumbersome than it is in a "live" studio. Not being able to see readers means we cannot check on things such as the consistency of their positioning relative to the microphone, and little things like that can make a surprising difference to the quality of the final audiobook. Consistency is crucial.

In April 2020, the first full month after lockdown, we achieved about a quarter of what we had planned for the month, although we seemed to be working, if anything, more hours than usual. It all took so much longer to complete.

By August or September, however, our output was returning to pre-Covid levels, and now, a year later, we're settled into a "new normal" where our studios can work (with suitable social distancing and thorough cleaning between sessions, of course) alongside a wide range of remote recordings. We are recording as many hours each month as Before Covid. We've developed a remote recording kit that we put up in readers' homes: there are acoustic screens that can control the room acoustics such that we can achieve studio quality recordings, as long as we don't have too much external noise, and the recording is made onto a portable version of the equipment we have in our studios, complete with Neumann microphone. The computer is controlled remotely over the internet with screen-sharing software. We have recorded two 15-hour books this way with one reader who happens to live next to a cemetery, and his spare room overlooks that. Ideal.

Vinnie in a barn
Covid has prompted us to find unusual locations and innovative methods - we've recorded Lenny Henry in a hotel room in New Zealand, Arsène Wenger in his North London home, Vinnie Jones in a barn in Sussex. Our address book now includes recording facilities in many new locations that we wouldn't have had to find unless prompted by the travel restrictions imposed by the virus that required us to record people very close to where they live. As we return to more normal times, all those possibilities will remain alongside studio recording.

Audiobooks have been recognised in publishing as a star growth area over the last five years or so. If anything, lockdown has further consolidated this, as listening has become routine in the lives of a significant part of the population. So the demand for recording is growing.

Far from there being less call for professional voice studios, I foresee the need for more, not least to allow for the increasing number of author and celebrity reads. An author is not going to set up home recording for a one-off project, and a celebrity reader's schedule requires the best efficiency. Home recording is possible now in a way that it wouldn't have been even five years ago, but it won't become universal. There will always be a need for recording in the controlled and predictable environment of a purpose-built studio.

The last year has certainly been challenging, but on balance I believe the fresh thinking and innovation it has prompted will permanently benefit the audiobook industry.