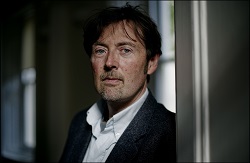 An array of talks, workshops, readings, live drawings, studio tours, podcasts, essays, and more than 20 newly commissioned pieces of writing will be available free of charge for the duration of the festival, which aims to do more than just replicate author interviews on Facebook Live or similar.

Free tickets are being released for the events, streamed online at durhambookfestival.com: between 9 and 18 October writers, artists and thinkers globally will take part in more than 50 events and activities online. Events usually taking place in iconic venues in Durham itself but this year, due to Covid-19, the entire festival will take place online.

Claire Malcolm, chief executive of New Writing North, said: "I’m incredibly proud of how the New Writing North team has risen to the challenge of creating a digital event this year. We decided early on to be positive about the opportunities that digital would offer for extending our film and audio commissioning and for producing across platforms.

"As always new commissions mark the festival out as unique and this year we have invested seriously in new work from both the region and internationally. It feels important to use literature as the positive connection point for people locally and to connect Durham to people across the world. We hope that our events will both delight our regular attendees and engage readers from across the globe in the work and ideas coming out of the North."

Ann Cleeves has written a new story exclusively for the festival, which is this year’s Durham Book Festival Big Read. In the lead up to the event, the festival will distribute 4,000 free copies of Written in Blood throughout County Durham as well as a free e-book. Cleeves will be interviewed by the broadcaster Steph McGovern about her career, her creations, including television’s Vera, how books have supported her in her life and why reading is so important for mental health.

Ian Rankin will be in conversation with fellow writer A.A. Dhand about his new novel A Song for the Dark Times and Richard Osman will discuss his debut number one hit The Thursday Murder Club.

According to organisers: 'Booker-prize-winner, DBC Pierre whose novel Meanwhile in Dopamine City takes on surveillance and misinformation in the age of the internet, has written an exclusive piece about his family connection to Durham and his love of the city; Jenny Offill’s fragmentary novel Weather is a response to climate crisis and an increasingly polarised society; while Sarah Moss’s Summerwater is a state-of-the-nation Brexit novel set in a run-down Scottish holiday park.

'Others turn to the recent past to make sense of the world. Brit Bennett’s much anticipated second novel, The Vanishing Half, spans 1950s-1990s America, where black twins adopt different racial identities and lead very different lives as a result. Clare Chambers takes us back to the suburbs of 1950s London in Small Pleasures, the word-of-mouth hit of the summer; while Louise Hare’s This Lovely City charts the course of a postwar jazz musician as he arrives in London from the Empire Windrush. Lily King’s perceptive coming-of-age story Writers and Lovers takes on the nature of creativity itself.

'The festival also offers the chance for its audience to be some of the first to discover new titles hotly tipped for 2021. At two "proof parties", ticket holders will receive proof copies of new books by acclaimed writers Danielle McLaughlin, Fiona Mozley and Lisa McInerney; and debut novelists Buki Papillon and Kit Fan.'

The festival also sees a series on Durham Book Festival’s Instagram channel in which academics from Durham University are given ten minutes to propose their New Ideas for the New Normal, ranging from how heavy metal music provides us with a roadmap for navigating life in a pandemic, to the philosophy of travel.

In another exclusive, the festival, in partnership with English PEN, has commissioned writer and activist Fatima Bhutto to respond to PEN International’s Women’s Manifesto, which states that while ‘literature knows no frontiers’, these frontiers were traditionally thought of as borders between countries and peoples. 'For many women in the world – and for almost all women until relatively recently – the first, and the last and perhaps the most powerful frontier was the door of the house she lived in: her parents’ or her husband’s home.'

Also new this year is New Narratives for the North East, a series of 15 essays, short stories and poems which offer new perspectives on the region, from the pay-what-you-feel café in Chester-le-Street which supports its community, to the region’s little-known surf scene. The writers, including David Almond, Mim Skinner, Andrew Hankinson, Richard T Kelly and Melissa Tutesigensi, will also be appearing in a series of podcasts launched during the festival.

According to festival organisers: 'A quarter of people in the North East define themselves as disabled, but they are not taking up space in our cultural spaces. Where are the missing? asks disabled writer Lisette Auton in her New Narratives for the North East commission. Exclusively for the festival, she has created a film with three other County Durham-based disabled artists to showcase the amazing talent in the region.'

The digital format of the festival has allowed the producers to create a range of new content for visitors, including going inside the studio in exclusive events with graphic novelists Bryan and Mary Talbot; allowing them to pit their literary knowledge against the QI Elves, taking part in a life writing workshop, or joining in the festival’s bibliotherapy sessions on Twitter with writers including Cathy Rentzenbrink, Jen Campbell and Sara Collins.

Durham Book Festival is commissioned by Durham County Council and produced by New Writing North, with funding from Durham University and Arts Council England and support from BBC Radio Newcastle.