Felix Francis: how I took over my father's life 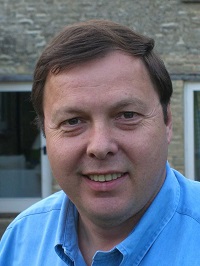 'You want to take over writing the Dick Francis books! Are you crazy?'

Andrew doesn't actually say it out loud, but I can see what he is thinking all too clearly.

The Gay Hussar restaurant in Greek Street, Soho (now sadly gone forever) had been a hotbed of political intrigue for generations. It was here, in 1980, that Michael Foot devised the strategy needed to secure his ill-fated leadership of the Labour Party and, 10 years later, the Conservative 'wets' reportedly dined out at the same tables to plot the downfall of Margaret Thatcher.

So it is with some surprise and trepidation that, as my father's business manager, I accept an invitation from Andrew, his literary agent, to have lunch at the Gay Hussar, back in the autumn of 2005.

'We have a problem,' the agent says over our main course. 'All your father's books will soon go out of print.'

A problem indeed. I had rather hoped that ongoing Dick Francis royalties might provide him, and perhaps me, with a pension for life. Now that is clearly not to be.

'There hasn't been a new Dick Francis for five years and people are forgetting. What we need is a new novel.'

Dad is permanently retired - something he had made perfectly clear those five years ago. He is now approaching 85, and can hardly remember enough to write a new novel, and both Andrew and I know it.

"'No,' Dad says adamantly when I tell him we need a new Dick Francis novel"

'Actually,' Andrew goes on, 'what I'm really seeking is your permission to ask an established crime writer to write a new "Dick Francis Novel".' He names the person he wants. 'Just to stimulate sales of the backlist.'

'Of course,' Andrew replies with a smile. 'Several authors have written James Bond novels since Ian Fleming died and there are a whole plethora of new Sherlock Holmes stories.'

I wonder if that's quite the same thing, but who am I to argue with a top literary agent?

'So what do you say?' Andrew asks me over coffee.

I take another sip of some excellent Côtes du Rhône. I've clearly had quite a lot.

'I've written bits of Dick Francis novels for years,' I hear myself saying, 'So, before you ask anyone else, I'd like to have a go at writing a full one myself.'

It is at that point I can read the answer on his face; but, to his credit, he doesn't roll his eyes or laugh. He simply says that he will give me two months to write a few chapters and then we will see. I take that to mean that, after the two months, when I have failed dismally, he will again seek my permission to ask his chosen, established crime writer.

Two months later, Andrew and I are back at the Gay Hussar. I have sent him my chapters ahead of time.

'Well,' I ask in trepidation. 'What do you think?'

'Two things,' he says. 'One, you had better get on and finish it, and two, you have to speak to your father.'

The first seems somewhat easier than the second.

'No!' Dad says adamantly when I tell him we need a new Dick Francis novel.

'It can be another Sid Halley,' I say encouragingly. 'To add to his other four outings.'

'It could be about race fixing.' Race fixing was much in the news at the time due to the arrest of a top jockey on suspicion of just that.

'Under Orders,' I say and I hand him the chapters I have already written.

He reads them, we discuss the plot, and suddenly he gets really excited by the prospect, so I set to work to complete it.

Under Orders is published in 2006 under my father's sole name. If it is to stimulate sales of his backlist, I argue, it has to be a 'Dick Francis'.

It sells well, of course, with that name on the jacket, going to the top of the bestseller lists on both sides of the Atlantic. However, I am worried about the reviews, believing they will all say that 'Dick has lost it.' But they don't. Instead, they all announce that 'The Master is back.' 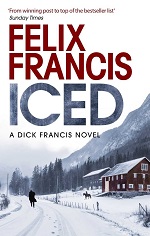 Now we are 16 years on from that Gay Hussar lunch, and Iced, my 15th book, is published this September. Much has changed. My name is now writ large on the front, but still with 'A Dick Francis Novel' printed under the title. That is my choice. I feel that, in spite of Dad's death in 2010, he is as much a part of my books as I now feel that I am part of all of his.

The next four books after Under Orders was published had both our names on the jacket, with 'Dick' in large letters and 'Felix' underneath in the smallest font that could be found. In truth, I wrote them and Dad read them. Indeed, the last of those four, Crossfire, was only half-written when Dad died, and he had not been well enough to read a single word of it.

Of course, there is a huge responsibility in taking over such a canon of work, specifically to ensure that I would do no damage to its reputation. To that end, I initially set up an ad hoc group to check my work. My father, his literary agent and his immediate past editor would read my work first. Only if they were happy would the manuscript be submitted to the publisher. Thankfully they all were, hence I took over my father's life, producing a book every year in the same manner that he had done for 39 years up to and including the millennium.

I think I have maintained the same basic style - it is my style too - although I feel I have also made the books more modern, and perhaps more fun, and it seems to be working. Two years after Under Orders was published, Penguin Books reissued all the Dick Francis backlist in a new, larger format, and they are all still in print today.

Iced by Felix Francis is published by Simon & Schuster today (16 September) at £20.