The Little Prince meets the Booker

J David Simons addresses the dreaded question, 'What is your book about?' 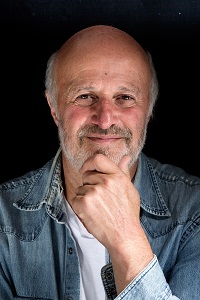 One of the dreaded questions for a writer- asked by a potential publisher, agent, a supportive friend or even a stranger - is: "So, what's your book about?" Oh, how difficult it is to sum up those several hundred pages, representing months if not years of hard work, in a snappy, pithy sentence or two.

Until now, I have been lucky. I could say that my first novel The Credit Draper was about Scottish/Jewish identity in the context of football, whisky and waterproof clothing. Or that the underlying theme of a later book, An Exquisite Sense of What Is Beautiful, was American denial over the human tragedy of dropping the atomic bombs on Hiroshima and Nagasaki. However, when it came to my latest novel The Responsibility of Love, with its myriad themes, I yearned for that elevator pitch delivered frantically by screenwriters who might describe their scripts as: ‘Well, it's like Mrs Doubtfire meets The Texas Chainsaw Massacre", or,  "The Godfather meets The Wolf of Wall Street", or, "Saving Private Ryan meets Moulin Rouge". 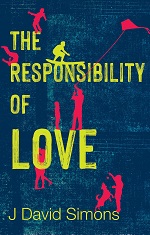 The diverse elements of The Responsibility of Love, spread across continents and decades, include vengeful writers, broadsheet columnists, prestigious literary prizes, Reno divorces, San Francisco's Summer of Love, a bizarre dash across London, passionate affairs, car-crash interviews with the BBC, Nevada Keno lounges, suicides in New York, surfing in Cornwall, and the record company that turned down The Beatles. But I realised that with a bit of discipline, I could boil the novel down to two main themes that inspired me to write the book: a) we are forever responsible for those we have tamed; and b) the courage and integrity involved when rejecting honours and awards.

Becoming responsible for those we have tamed is a lesson contained in the much-loved novel The Little Prince by Antoine Saint-Exupéry, when the little prince meets the fox. The prince wants the fox to play with him, but the fox says that this is only possible if he allows the prince to tame him. However, the fox fears the vulnerability that comes with being tamed, because once a relationship is established between them, they will end up needing each other. Hence the fox's advice to the prince that we must remain forever responsible for those we have tamed.

Actually, the French word "apprivoiser" that has always been translated from the original text as "to tame" goes beyond the idea of training something that is wild to include the element of gaining trust as well. The lesson contained in this chapter made a huge impact on me as a young boy and is something I have tried to apply to my life since then with all of my family, friendships and relationships.

As for the second theme, I have also been fascinated by those people who have turned down awards or who have used their moments of success to promote a higher cause or even to criticise the industry that has lauded them. I believe it takes a huge amount of courage and integrity to do this, especially when the pressure to comply (commercial, professional, familial, social or otherwise) is immense.

I think of Jean-Paul Sartre, who turned down the Nobel Prize for Literature for fear of being institutionalised, or George C Scott, who turned down a Best Actor Academy Award for the film Patton because he saw the evening as a meat parade pitting actors against each other. Or Marlon Brando refusing his Godfather Oscar, instead sending the Native American actor Sacheen Littlefeather to reject the award on his behalf as a protest against Hollywood's portrayal of Native Americans on film. Or the artist T S Lowry, who turned down five honours from the Queen including a knighthood because he was a very private person who didn't want to be seen rising above his station. The literary establishment is quite notorious for turning down these royal gifts: refuseniks include CS Lewis, JB Priestley, Evelyn Waugh, Graham Greene, FR Leavis, Philip Larkin, Rudyard Kipling and Aldous Huxley, as well as the poet Benjamin Zephaniah, who turned down an OBE (Officer of the British Empire), stating that, "I get angry when I hear the word 'empire'."

Possibly the most ungracious but hilarious acceptance speech came from the late comedian Spike Milligan, who on receiving a lifetime achievement British Comedy Award said that he was not going to thank anyone as he had done it all on his own!

So how to combine these two themes into a work of fiction? The Responsibility of Love is about a writer shortlisted for a prestigious literary prize who is determined to give a very ungracious acceptance speech should he win, decrying the industry that awarded him the prize. Included within the novel is an extract from the writer's shortlisted book, also called The Responsibility of Love, based on the theme that we are forever responsible for those we have tamed.

What is my latest book about? The Little Prince meets the Booker. Does that work as an elevator pitch? If you have read this far, perhaps it does.

The Responsibility of Love by J David Simons will be published by BackPage Press on 1 September (£9.99).