For a writer, exile has a lot to recommend it

James Wollf on spy writing under the eye of the censor 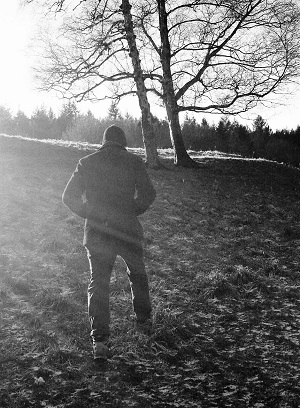 I have the unlikeliest of excuses for writing about disobedient spies, but here goes: the government censor made me do it.

Rewind seven years or so, to the day I sat down to write the first page of my first novel. Scribbled notes from the time suggest that the anxious author had in mind something fairly conventional for his first outing: a mysterious incident; largely decent spies in thoughtful pursuit of less decent spies; ensuing confusion, mayhem and occasional brilliance.

But within a chapter or two, I had encountered an obstacle so high, wide and heavy that there was no way past it. How do you describe an intelligence operation in anything close to realistic terms if the conditions of your employment stipulate that you have to submit your manuscript to the censor in advance of publication? Can you list the technical resources that spies might deploy to track someone down? No. Can you identify the various stones investigators would overturn in their hunt for a terrorist? No. Can you describe what a bug looks like? Of course not. Can you have a covert entry team bypass an alarm system and break into - no, no, no.

In some ways this feels like a uniquely modern problem, or at least one that has become more acute with our increasing reliance on technology. Much has been written about the demise of old-fashioned spycraft - the slow cultivation of agents, the hours of foot surveillance, the midnight jimmying of an embassy's back window. It is a world we associate with the early novels of John le Carré. I don't know what the government censors made of his manuscripts, but I can't imagine they had too much to complain about, because the techniques that George Smiley used just don't feel all that… secret. This may be hindsight. At the time they may have felt revelatory, that le Carré was shining a spotlight on a world most people had no idea even existed.

But to foil Karla's devious plans Smiley would talk to people, wheedle secrets out of them, pore over files and occasionally dispatch minions to burgle, extort, surveil and even harm on his behalf. A present-day Smiley, though? He would spend the morning on the phone to GCHQ discussing [redacted] and [redacted], and the afternoon staring at a computer screen trying to [redacted] a [redacted]. (Sorry, can't say any more than that.)

Although the recent news story about the Russian recruitment of a British embassy employee in Berlin confirms that the old games are still being played, data and technology have undeniably become central to the profession, and with this comes a legitimately fierce desire on the part of the state to keep its technical toolbox away from the public gaze. 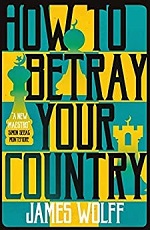 Had he been born 50 years later, le Carré might well have been able to find a way to write about modern spying from the inside without getting into trouble with the censor. My solution has been to exile my characters from the intelligence community. The protagonist in Beside the Syrian Sea, inspired by Edward Snowden, steals a cache of intelligence documents for use as a ransom when his father is kidnapped; in How To Betray Your Country a spy carries out an annual act of disobedience to prove to his wife that he is capable of breaking the rules when the circumstances demand it. In both cases exile strips them of access to all those sensitive technical capabilities, and forces them to rely on wit, ingenuity and luck.

This may not be exactly what I anticipated in those first few weeks at my desk. I might have imagined I'd be writing about state versus state rather than state versus individual. But the truth is that exile has a lot to recommend it, at least from a writer's perspective.

James Wolff is a former government employee turned author. His second novel, How To Betray Your Country (Bitter Lemon), was published earlier this year.