A tribute to grand esprit 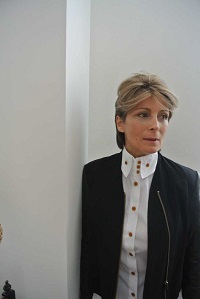 When I am asked what led me to write Exquisite Corpse, I am transported to a very clear moment in time.

One April in Mexico City, I stumbled upon a shut and curious looking antiques shop. I managed to enter as the owners were doing some work on the interior. After I had spent a long time in the main space and the courtyard, looking at all sorts of objects, textiles, ceramics and handmade silver chains, the owners kindly invited me to their apartment, above the shop.

Steep stone stairs led to a small landing, with the kitchen on one side and the main living room on the other. As I looked around, there seemed to be little difference between the shop and the apartment, as there were objects placed on every surface, cupboards filled with old glass, and vases and textiles on all the chairs. The extraordinary mise-en-scène  of antiques and art was overwhelming and exhilarating.

After my eyes had travelled 360 degrees, not able to focus on one specific object, they finally focused on the wall behind the sofa; I was struck by the large and bright painting hanging at a low height. The canvas was vibrant and imposing, as if it were alive in the room. The protagonist was a floating nude woman, held in a strong embrace by a beautiful nude young man. Both were glaring at the viewer. In the background, there was a city painted all in blue. The protagonist had clearly just flown into the arms of the man, who had been awaiting her on the balcony, overlooking the urban landscape.

Noticing my reaction to this captivating painting, the shop owners remarked: "That's Nahui, do you not know her?"

I had never heard of her. 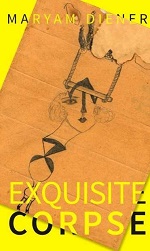 They started to tell the story of Nahui Olin, the talented artist, extravagant beauty and somewhat forgotten polyglot and poet, photographed by Edward Weston and Tina Modotti and also portrayed by Diego Rivera in many of his murals. Nahui was called Carmen Mondragon, and was the daughter of a Mexican general, who invented and designed semi-automatic rifles. During her childhood she travelled to Europe, to live in France with her family.

The name Nahui Olin was given to her by her mentor and lover Dr Atl, a well known painter, poet and volcanologist. In Aztec it means the four movements of the universe, representing "the sun of the present era" in the Aztec calendar.

As the antique dealers told me the  story of Nahui and Dr Atl, my mind started travelling to find remaining traces of the creative relationship.

I was drawn into Nahui's world. Her creative relationship with Dr Atl signified a merging together: a cosmic alignment of stars, a volcanic eruption and an abyss of love would merge into their story. According to one of the shop owners, the first letter she ever wrote to Dr Atl after meeting him said: "I know that my beauty is superior to all of the beauties you could find." And he called her "The woman of Sun."

Nahui's charismatic character and piercing green eyes enveloped everyone who crossed her path. She expressed passion through her paintings and poems. Her freedom of spirit traced her destiny - no other woman dared to live so freely in Mexico City in the 1920s and 1930s.

Her works have been shown decades after her death in an extensive exhibition at the Museo Nacional de Art. I was inspired by her, and as the story unfolded, it opened passages to further discoveries of forgotten talents. I started to read about other women like Remedios Varo, Leonora Carrington and Angelina Beloff who emigrated from Europe and worked as artists in Mexico City.

They are all figures who persisted at their vocation, despite the difficulties for women in proving themselves as artists in such times.

There are undeniable similarities in the way in which they led their lives. Faced with political struggle and lack of financial means, they battled to survive and to succeed in their art; nevertheless, their names and work are strongly present today. It was through Nahui that I came to learn about these artists, and found a connection between their attitudes and the choices they boldly made. Exquisite Corpse is a testimony to their "grand esprit".

Exquisite Corpse by Maryam Diener is out today (9 November) from Peter Jacobs.