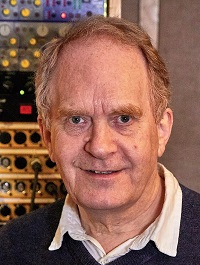 Readers of this column over the past few years will have noticed that I believe there is much to be learned about strategies for book publishing by taking note of what is going on in other media. It may have been true for most of the latter half of the 20th century that "Books Are Different", as Barker and Davies put it in their eponymous summary of the spirited and effective defence of the Net Book Agreement in 1962, but books now are unquestionably part of the wider media marketplace, and publishers are just one sector of all the content providers competing for customer attention.

What can we note from looking at other media? Music has been the obvious comparison, since book publishers largely managed to avoid the destruction wreaked on the music industry by the move from physical media to downloads. I want to suggest that looking at how photography responded to the digital world can also provide useful transferable awareness.

After flirting with ebooks, consumers came to appreciate that reading text on a screen is not the sensory equivalent of reading it on paper, and the way in which readers absorb information by reading is fundamentally affected by the carrier. Music, on the other hand, is experienced in almost identical ways whatever device excites the diaphragm in your speakers or earphones. The same is true for audiobooks.

A few years ago, the buzz-word in many businesses was "disintermediation", and publishing seemed a prime candidate for the process: why can't authors communicate directly with readers? Who needs the middleman? But as technology has made it possible to self-publish at reasonable cost, many consumers have also become producers. So although there is vastly more content fighting for notice, those who have hands-on experience of the level of detailed attention required to produce a good product may actually appreciate more the skills that others bring to creating something coherent, accurate and engaging. It is harder than it looks, self-publishers find, so they appreciate more that professional publishers may after all have their uses.

The value of expertise
The 1960s musical Half a Sixpence, recently revived in London, prompted me to recognise that photography is now also a competitor in the media space, and there are lessons publishing can learn from that area too. The song "Flash, Bang, Wallop!" is about the rigours of having your photograph taken in Edwardian times. Technology has made taking a photograph, then a complex blend of art and science, almost trivial. After a period where professional photographers seemed an endangered species, though, a distinction between "snaps" and "photographs" is now becoming re-established. This is a pattern: new technologies democratise crafts previously seen as elite preserves, but once the bastions of the professional have been breached, the army of attackers discovers that achieving the very best, as opposed to the merely adequate, takes more than technology.

For the past 15 years Strathmore has been neighbours at its Clerkenwell recording studio to professional photographer Richard Pullar, who specialises in food products: if you have seen the Pret à Manger posters featuring animals and objects made of food (the peacock on the Pret Gift Card, for example), you have seen his work. Every now and then we compare notes on the state of our businesses, and the temporal parallels are marked.

One of Strathmore's toughest times was when the physical CD market collapsed around 2010, before the new audience came to audiobooks and expanded the number of titles being recorded. Publishers were looking for the lowest possible costs, and experimented with lower-cost providers. Richard's business had a similar low point, when many clients were under the impression that they could achieve what they needed from stock photographs, or from using the then-new high resolution digital cameras themselves. A few years later we each found clients returning as they discovered that the cost-cutting was usually counter-productive and that professional input was needed to create images or sounds that dependably engaged with their customers. Fine art photography is firmly established in the dealer and auction houses of London, New York and Paris despite - or perhaps because of - the explosion of images being recorded.

Audience recognition
Quoting the Danish photographer and writer Thorsten Overgaard neatly brings us back to the "music" analogy, since he wants pictures that are "original, but also trigger recognition in the viewer", a seeming paradox that he explains thus: "I say recognition because it's the best word I can find for the phenomenon of hearing music and deciding you like it. I don't know why I like it, but it feels like I recognise a piece of music that I have been looking for. I don't remember that I've heard it before, but it feels very much like me. Finally, somebody is playing the music I want to hear!"

That sounds to me much like what Spotify does with its recommendation algorithms, identifying explicitly the underlying patterns that humans respond to implicitly, but cannot rationalise. It is what we publishers should be doing: analyse what the target audience will "recognise", and use our skills to create it.

Nicholas Jones founded Strathmore Publishing in 1995 to offer editorial and production services for both printed and audio books, and has since recorded at the Strathmore Studios authors ranging from Adam Kay to Trevor McDonald, Chris Riddell to Hilary McKay, and Ian Rankin to Philippa Gregory.