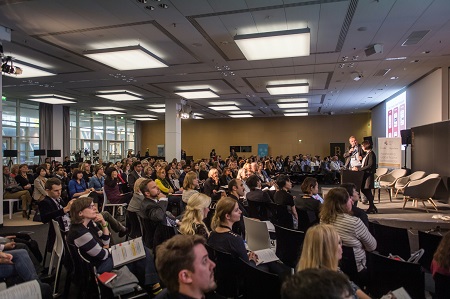 If you're arriving at the Frankfurt Book Fair by the afternoon of Tuesday 15 October, the place to be is at the 33rd Frankfurt Rights Meeting. In Hall 4.2, between 2pm and 5pm, a distinguished roster of international speakers promises yet again to provide a fascinating insight into some key markets and issues.

The first part of the afternoon will offer an in-depth look at the current state of the Chinese market. The scene will be set by Yanping Jiang, CEO and vice chair of China's OpenBook, the company that provides comprehensive sales data on books through the Chinese retail market. This involves monitoring physical book sales through more than 4,000 physical bookstores and 3,000 online bookstores that represent more than 60% of the retail market.

Yanping will present an overview of China's book market and the trends in the first half of 2019, which saw over 10% growth in sales of print trade books. She notes, however, that the growth is all from online booksellers, while sales through physical bookshops declined. Yanping will also discuss the decline in the number of books being published, a trend allied to a steep rise in book prices.

There has been continued growth in both the ebook and the audiobook market in China, with the size of the audiobooks market now almost surpassing that of ebooks. This presentation covers an interesting analysis of the pricing issues and business models around both formats, and will look at the implications for the market of these trends, the rise in prices of imported material, and the opportunities thereby opened up for Chinese authors. Yanping will finish with some key suggestions for publishers planning to enter the Chinese market.

This scene setting will be followed by a dive deep into the Chinese trade publishing sector from Wuping Zhao, deputy chief editor and vice president of the Shanghai Translation Publishing company. Wuping points to the challenges that the market has been seeing: "It is well known that China's economy [has been] growing in recent years, and China has become the second economy only after America. However, both the country and its people are facing quite a lot of challenges. The government is worrying about the future of the transformation of its economy, especially under the shadow of the escalating Sino-American Trade War." This has led, he believes, to growth in the non-fiction sector of the market, with "books about the history of the transformation of any modern country, such as Japan, Israel, Korea, and Singapore... among the hot topics".

Besides books about the rise and transformation of modern countries, publishers are also increasingly interested in business management titles, says Wuping, along with books on AI, robotics and manufacturing. And with the constant growth of the middle class in China, books about parenting, health and modern education are likely to be found on the bestseller charts over the next few years.

"One of the main issues we are facing," says Olson, "is increasing consolidation in the market, which negatively affects competition, especially in the children's sector. The trend towards bigger corporate entities seems unstoppable, although the market is still much more diverse than in western Europe or North America. Paradoxically this diversity is also an opportunity as we are able to license a much wider variety of titles to a much wider variety of publishers than in Western markets (though the deals tend to be small)."

As in other markets around the world, the biggest trend the Czech market is seeing at the moment is the boom in audiobooks. "Up until now," says Olson, "the interest in audio has been practically non-existent, and audio rights have not generally been included as a standard sub-right in agreements, [but] now there is a boom in which the few established players are scrambling to sign up new content."

Jeremy Brinton, formerly of Publishers' Licensing Services and now head of JB Consultancy, will follow up by providing a market overview on selling rights online. "Having interviewed online rights platforms owners and their clients [such as IPR License, PubMatch, RightsDesk and Nakiri], I have been asked to provide the audience with a neutral point of view," Brinton says. He plans to discuss the online rights sales climate, the challenges faced by vendors, and what the rights platforms offer, and has summarised customers' feedback as users and adopters. A key issue in this area, believes Brinton, is "the current rate of adoption and the economic viability of using online rights platforms to achieve rights deals".

The afternoon will conclude with a Round Table Session for participants to discuss what they have heard in greater depth with the speakers, international colleagues and other experts. And as always, there will be an opportunity to end the day with a networking event and a glass of wine.