Fuelled by grief: why I write crime fiction 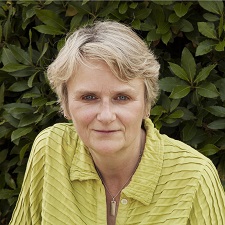 My first crime novel, Seven Miles From Sydney, was published in 1987, when I was 29. I wrote it for the saddest of reasons. My good friend, the Australian screenwriter Miranda Downes, had been murdered two years earlier while jogging on a Queensland beach.

A decade older than me, Mandy was a major influence on my writer's journey when, in my early 20s, I lived in Sydney. I was working shifts in a railway station bookstall, returning on the ferry to bash out a story on my Olympia typewriter in the shade of a jacaranda tree. Mandy read through my drafts, occasionally laughing at bits intended to be poignant - her feedback was anything but tippy-toed. She encouraged me, discussed the pitfalls, agonies and the joys of writing, and sent me back to do redrafts. Hanging out with Mandy in her study, I'd gaze at scene cards lining the walls while she told me the importance of structure and suspense. Through Mandy I learnt how important it is to have a trusted few who believe you can write. She set me on the road.

I had returned to London when news came through that Mandy had been murdered. Jeanette Winterson had just commissioned me to write a novel for Pandora Press. I was toying with a story about a woman coming out as gay. Fuelled by grief and spurred on by the stark understanding that women jogging or walking home may be attacked and murdered, I wrote a crime novel.

Influences
I spent my younger years absorbed in Agatha Christie and Dorothy L Sayers novels but it wasn't until I picked up A Fatal Inversion by Barbara Vine (AKA Ruth Rendell) that I knew I would continue writing in the crime genre. Here was a story that was less of a whodunnit than an exploration of why a murder was committed, and it enabled me to see that I could use a crime novel to dramatise the impact of loss on others, those who loved the victim. And those who did not.

In 2006, I heard an item on the radio about children's grief when a class mate dies. The programme discussed what therapeutic help might be offered; and then it turned to question how a girl or boy might feel if they had disliked the dead child. Compelling material for a crime writer.

A Kind of Vanishing, published in 2007, was set in 1968 and 1999. It charts a mother's anguished search for Alice, her 10-year-old daughter, who's been missing for over 30 years. Back in 1968, Alice and Eleanor are expected to get on by busy parents, but are reluctant playmates. They don't like each other. When Alice goes missing during a game of hide and seek, the question is, did Eleanor take her dislike too far?

In the Eighties I began Sue Grafton's alphabet series, noting how her character Kinsey Millhone develops through each novel, learning and changing with experience. I wanted to try my hand at a series. The Detective's Daughter series features Stella, a professional cleaner who finds herself investigating her late father's most high-profile unsolved case. She teams up with Jack, an Underground train driver, whose mission is to find who murdered his mother when he was three. Stella and Jack are looking for the same murderer.

Character and place
Although I ponder the identity of the killer when I read crime novels, I appreciate the dynamics between the characters, such as Elly Griffiths' Ruth Galloway and Michael Connelly's Bosch. These writers also bring alive the world in which their characters live: Galloway's lonely Norfolk marsh cottage, Bosch's LA.

Place is as important for me as the characters who inhabit it. I have been influenced by many readings of Charles Dickens' Bleak House and Our Mutual Friend, and Wilkie Collins' The Woman in White and The Moonstone. I steep my stories in the gnawing damp of a rainy night, glistening cobbles beneath fuzzy, haloed streetlights, which might be gas-lit. Water slaps against the bank, where below is the oily darkness of the Thames. That sort of thing. I've always been willing to believe in the reality of fiction.

My writing influences have come full circle. I reread Agatha Christie's brilliant novels, sometimes on audio while cleaning - which, unlike Stella, I don't love. Christie's apparently simple plots prove complex; she never lets you down. I've never guessed a murderer in her novels, but on rereading I come to see that, fair to her readers, she gives us clues. My own readers have discovered that I do the same. It's there if you look. 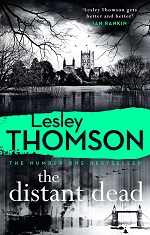 The Distant Dead, eighth in The Detective's Daughter series, is set in Londons during the Blitz and in Tewkesbury in 2019 - the Gloucestershire town is at the confluence of the Severn and the Avon, and much given to flooding. It is the first novel I've written set in a past I've never known. I began writing before the pandemic, but during lockdown I became aware of parallels between the two eras. Then as now, people lived with government rules about masks; items were rationed, law-abiding people became criminals, and a pall of anxiety hung over the population.

Mandy's murder runs through my novels, Toni Kemp in Death of a Mermaid and Jack and Stella in The Detective's Daughter series, all struggle with questions I ask myself. Writing allows me to explore many answers to questions such as: should we bring back hanging? If you think so, would you wield the noose? Should life mean life? Can a murderer be redeemed?

I often wonder what, had Mandy been allowed to live, she would have written next. How would she have developed as a writer? I think of the discussions about writing we might have today. How I would tell her all of this and thank her.