Grown up history for the fiction writer

Miranda Malins on a period of history under-explored in fiction, and on publishing in lockdown 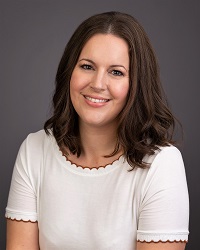 The British Civil Wars of the mid-17th century are my passion. This extraordinary period has everything: epic battles, espionage and adventure, the only trial and execution of a monarch, and radical constitutional experiments, all documented by newspapers and pamphlets in the "first age of journalism". This is a paradise for lovers of the written word: oceans of ink spilled in a war fought not over who should rule, but how they should rule. It is grown-up history: the messiest, most complicated corner of Britain's past; the blot on the timeline; the gap in our neat story of kings and queens.

I am a historian specialising in Oliver Cromwell and his Protectorate - the period when he and then his son ruled Britain as kings in all but name before the Restoration of King Charles II in 1660. But beyond the textbooks, it has always been the people of the Civil Wars and their stories that engaged me. As a child I was captivated by the characters in The Children of the New Forest and Lorna Doone: people of such passion, commitment and bravery who put their hearts and souls into this seismic clash of ideas, risking everything they had for an intangible cause. With the tension between public duty and private conscience tested to destruction, this "Age of Conscience" pulsates with plot twists and turns. And yet it is perpetually neglected in popular culture.

Overlooked women
This has meant that the incredible women who stepped forward to grasp the new opportunities that emerged from the upheaval have also been overlooked. None more so than the many women of Oliver Cromwell's close-knit family who travelled with him on his unique journey from tenant farmer to head of state. It was deciding to write about them that inspired me to venture into fiction. While they appear in the sources and histories, it is only ever at the margins. Fiction gives me the freedom to put them centre stage: to recreate their intimate relationships and to imagine their perspectives on the extraordinary events they experienced from the inside. 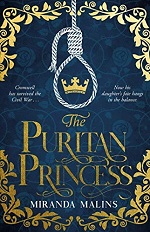 My debut novel The Puritan Princess explores Oliver Cromwell's rule through the eyes of his youngest daughter Frances. This is a world familiar enough to appeal to fans of medieval and Tudor fiction, yet with the excitement of new historical realms and heroines for them to discover. Set only a century after the Tudors, The Puritan Princess takes us back to the palaces of Hampton Court and Whitehall to plunge again into power politics, diplomatic tussles with France and Spain, and the whirlwind of court life. You can almost feel Hilary Mantel's Thomas Cromwell watching from the shadows.

Thomas's kinsman Oliver's regime is usually portrayed as dour, repressive and Puritanical. But in fact he ruled with toleration over a colourful, fashionable court where music and the arts flourished and ambassadors from around the world gathered to pay homage to a new ruling dynasty. No one before has recreated this court, nor told the stories of the Cromwell women at its heart.

Then came lockdown
As this is my debut, I approached publication in early April with fevered anticipation, gathering my publicists' materials, arranging the launch and ordering a maternity party dress (my second baby was due in June). But then life went into lockdown: launch cancelled, publicity events pulled, bookshops shut. My publisher closed its office and furloughed staff. My editor escaped with a suitcase of my books, which she hand-posted to reviewers once a week when her local post office opened. When she couldn't get them out, I sent my own copies in clumsily taped recycled Boots delivery boxes. My book launched falteringly into a void while I watched helplessly, trapped at home. At times I wondered if it had happened at all. Other writers had spoken to me breathlessly about the transformed life of a published author. But here I was, untransformed. When my baby came early at 30 weeks, and only six days after The Puritan Princess was published, I entered a truly dystopian world.

Lockdown has been cruel. But now, at last, the storm clouds are passing and I have emerged, blinking into the summer sunshine. My little boy is home and well, I have seen my book in a real bookshop, and The Puritan Princess is off on her first blog tour, even if I am staying put. While the real life of a new author remains closed to me for now, I give thanks daily for the astonishing virtual life that has opened before me as publicity resumes: articles and posts, blogger reviews, podcast interviews and Zoom book clubs. And by the time the paperback is released in February, physical events will hopefully have returned. My publication experience may not have been how I imagined, but I'm still having the time of my life.

Dr Miranda Malins is a writer and historian specialising in the history of Oliver Cromwell, his family and the politics following the Civil Wars. Her debut novel The Puritan Princess (Orion Fiction) is out now in hardback, ebook and audiobook. The paperback will be released in February 2021, and a prequel will follow soon after.