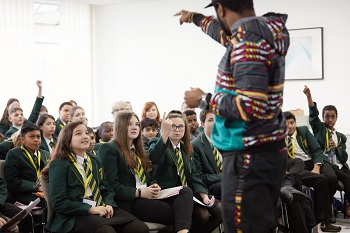 Hay Festival has announced the YA writers taking part next February in its Scribblers Tour for years 7-10 school pupils in Wales. The tour will be compered by Jenny Valentine, and will feature Kiran Millwood Hargrave, Steven Camden, Manjeet Mann and Joseph Coelho.

Aine Venables, education manager at Hay Festival, said: "Every May in Hay-on-Wye thousands of young people join us to meet their writing heroes and our Scribblers Tour takes this a step further by bringing Hay Festival direct to them. In these free festival days we want to start conversations with young people, hear their voices and celebrate the power of writing and reading for pleasure."

The tour is funded by the Welsh Government and is part of Hay Festival Foundation's outreach and education work, which also includes the schools programme and the Beacons Project.