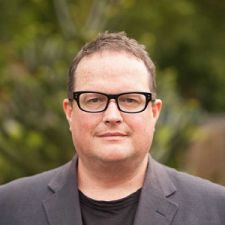 When the Desmond Elliott Trust approached us in 2018 to talk about the future of the Desmond Elliott Prize, it was immediately apparent that we shared a number of key values. Not the least was a belief that supporting writers at the starts of their careers was crucial as they established themselves in a tough business. Desmond Elliott made sure he offered two or indeed three-book deals to his debut novelists, as he knew that often the years of work it took to get to a first publication would be followed by immediate pressure to produce another novel.

We also found that we were both committed to lowering barriers to engaging with the literary world - there has never been a cost to publishers to enter the Desmond Elliott Prize - and believed that the book trade, libraries and readers were vital parts of the prize ecology and needed to be involved if writers were going to develop sustainable careers.

"We're creating a year-round, online programme of professional development and industry advice that we believe will benefit thousands of writers"

Things are no easier now for debut novelists than when the Desmond Elliott Prize started, so when National Centre for Writing took it on and added to it the UEA New Form Writing Award and the Laura Kinsella Fellowship, we committed to offering the winners - in addition to the cash prize funded by the award sponsors - packages of support for the 12 months following the award presentations. The support might include a residency at our writers' house here in Dragon Hall in Norwich, or some R&D time to write, or national or international exchanges with one of our partners, or mentoring and professional development with one of the many brilliant writers and mentors working with us. Each package will be tailored to the needs of each winner, and the aim is to provide practical and creative help in getting their careers off to give really good starts.

The Desmond Elliott Prize will continue to be awarded to an outstanding debut novel. The UEA New Form Writing Award will be offered to a writer who is taking creative writing into new forms, and the Laura Kinsella Fellowship will be offered to writers whose voices are underrepresented in mainstream fiction or whose circumstances have limited their career successes to date.

There are a number of reasons why we wanted to add a couple of new awards to the Desmond Elliott Prize to create the NCW Early Career Awards. First, we wanted the investment we received from Arts Council England - which is as committed to supporting new writers as we are - to go as far as possible and reach as many writers as possible. To achieve this we're creating a year-round, online programme of professional development and industry advice that we believe will benefit thousands of writers. Second, we wanted to build up a series of awards for writers that were attractive to funders. NCW's and Arts Council England's support enables the delivery, administration and management of the awards and the year-round programme, and the funders themselves provide the prize money.

It's a great partnership through which to support talent and new voices - the people whose work will be on our shelves for years to come - and we're already talking to a couple of other interested parties about adding to the awards next year.