Hodder pre-empts book on why clever people are stupid 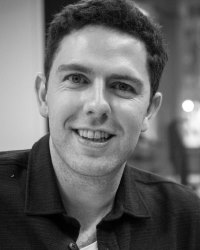 Drummond Moir at Hodder has pre-empted The Intelligence Trap: Why Smart People Make Stupid Mistakes, and How To Avoid Them, a proposal by BBC science journalist David Robson. Hodder has UK and Commonwealth rights (exc Canada) from Carrie Plitt at Felicity Bryan Associates, doing the deal within 24 hours of submission.

The Intelligence Trap (2019) will draw on research from diverse areas of psychology, neuroscience and philosophy to demonstrate the many counterintuitive ways that intelligence can lead to failure - and to build an argument for a wiser way of thinking.

Moir said: "This exemplary proposal could not have arrived at a more perfect time. If the political and ideological upheavals of the past 12 months have taught us anything, it's that even those among us who would claim to be smart, rational, intelligent people often get things utterly wrong. Drawing on recent research in psychology, David Robson will show, for the first time, that supposedly smart people are not only just as prone to errors of judgement and bias blind spots as everyone else - they may be even more susceptible to them.