How kind are we?

Kindness is our natural disposition, argues Eamonn Toland in a new book 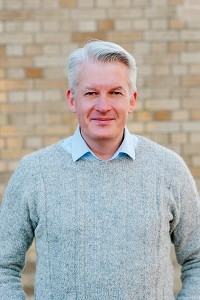 It's much easier to write when you know what you want to say. Unfortunately, when I began The Pursuit of Kindness I wasn't sure where it was going.

I took up my research in earnest after a near-death experience at the age of 29, which brought me up close and personal to the best and the worst in human nature. The NHS saved my life after I had collapsed off a long-haul flight with a pulmonary embolism, but the staff were overwhelmed by "granny dumping" - the practice of sending perfectly healthy relatives to hospital rather than caring for them over Christmas. I was squeezed into a disused operating theatre with lonely, dying men. They forgot to feed us one day for more than 12 hours.

I knew that the conventional wisdom on kindness and collaboration was flawed. Richard Dawkins wrote that we were "born selfish", but he was influenced by a definition of altruism that required kindness to come at a personal cost. Applying the concept to evolution, biologists discounted kindness that carried mutual, win-win benefits, leading them to the not very surprising conclusion that reducing our biological fitness through selflessness would lead to extinction. 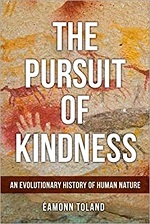 I felt a compulsion to understand why we are kind, but many pieces of the puzzle were missing. It would take decades to pull them together. In the meantime, I had a demanding day job. The birth of our son made me more determined to research kindness and collaboration, but parenthood can be exhausting, on top of the demands of domestic chores. I snatched hours for research between the Sisyphean tasks of cooking, cleaning, and folding.

A college tutor once told me I had a magpie mind: I would swoop around for shiny titbits I could use in essays. A faculty for retaining disparate pieces of information led me to a more nuanced view of evolution. Darwin argued that traits that are adaptive are favoured through natural selection, but that doesn't mean our genes are selfish. Evolution doesn't care if we are naughty or nice. If kindness helps genes to reproduce, then kindness and collaboration can flourish.

Wikipedia helped me to identify original sources, although the results could be haphazard. A Mr Hyde turned out to be a Dutch population database. For most of the 300,000-year history of homo sapiens population densities were extremely low. There may have been fewer than half a million of us on the planet as recently as 20,000 years ago. In an environment where food and land are abundant, the fittest have a huge incentive to collaborate in hunting and gathering, warding off predators, sharing tools and matchmaking across bands, rather than competing over resources. The earliest known war graves, in Jebel Sahaba near the Egyptian-Sudanese border, are no more than 14,000 years old.

There is evidence that a rudimentary moral sense is innate, including work by Paul Bloom and others on how three-month-olds track the movements of "good" puppets, "bad" puppets, and "neutral" puppets. By the time they can reach for a toy after the show, 6-month-olds "overwhelmingly" reach for the good guys. One 12-month-old used the good puppet to hit the bad puppet over the head.

There's also strong evidence that an inner moral voice, a conscience, that applies the emotional brakes on bad behaviour by making you feel good when you do good things and feel bad when you do bad things, is near universal - shared by 99% of women and 97% of men.

Nurture helps to shape the parameters of what you feel good or bad about, what is taboo, who should be seen as an enemy and who is an innocent stranger. We are deeply social creatures, and we are adept at copying the behaviour of prestigious adults in our group. Ingroup bias helps us to be kind to friends who we expect to return the favour, facilitated by our hard-wired ability to recognise faces, and learn a language.

I still needed to understand the dark side: how Christians loved their enemies by killing them; how Enlightenment revolutionaries who claimed all men are created equal enslaved them; how nice people voted Nazi. Oxytocin can dehumanise others in fight-or-flight situations, and projectile weapons can distance us from violence, but we need to justify our actions to avoid severe cognitive dissonance.

We are not sociopaths, but we are natural-born narrators. At our most passionate we discount evidence that conflicts with our beliefs, using "myside" or "confirmation" bias. We manipulate our moral sense to show how our punitive actions are righting a wrong. Convincing ourselves that we are good makes it so much easier to be bad.

In a deeply polarised world, it is more important than ever that we reach beyond our biases to recognise what we have in common: that we are naturally predisposed to kindness and collaboration.

The Pursuit of Kindness: An Evolutionary History of Human Nature by Éamonn Toland is published by Liberties Press on 27 May.