I called my novel Red Corona. Then came the pandemic 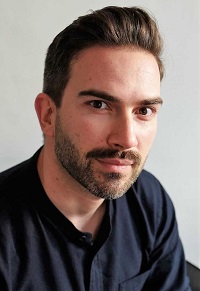 A global health crisis wasn't what I was expecting when I called my debut novel Red Corona three years ago. I thought I was being clever. The book is named after America's first surveillance satellite, and it's about secret agents on the edge of society, the kind of people who are only visible when everything else is dark - just like the sun's corona. And if you didn't get that, it still felt suitably IPCRESS-y and ODESSA-ish for a sixties-set spy thriller.

Like I said, I thought I was being clever. But then last year suddenly the whole world knew my funny word and I was seeing it on every website, email, and WhatsApp message I read. I've had a lot of jobs in and around publishing - I've been a library assistant, a bookseller, a literary agent - so I thought I'd be ready for whatever my journey to release date threw at me. But I wasn't prepared for this.

The last 18 months haven't gone as anyone expected. They've been hellish and hopeful, punctuated by bold resilience and bleak resignation. In my egotistical moments - and there's nothing more egocentric than a debut author - I've wondered if this global emergency was somehow a sign from the universe that I shouldn't have spent two years toiling away on my Google Doc. Of course, it wasn't. Yet, I've still asked myself a lot of questions - silly questions, serious questions, and questions not said out loud because they can't be taken back.

But along with the questions there have also been jokes. A lot of jokes. People have said I planned the whole thing for publicity. Friends suggested the latest Bond film kept being pushed back so it didn't lose ticket sales to me (ironically, it's finally coming out a few weeks after my paperback). I became a punchline, and I didn't mind at all. Because these jokes gave me and the people around me a few moments of lighthearted distraction during a fairly grim time.

Every book's journey to publication is individual, but Red Corona's might be truly unique, singularly serious and farcical. I've gone from being a wide-eyed, naive debut writer who aspired to getting a few nice reviews and tweets about my novel to an unexpected footnote in a truly monumental, historic event.

Of course, I'm not the first person to get swept up in something so very much bigger than themselves. I'm now a member of a weird and exclusive club that includes Kylie Minogue, who had to rename her Impossible Princess album after Princess Diana's death; Chris Cleave, whose novel Incendiary about a terror attack on London was released the day of the 7 July bombings; and, of course, Dean Koontz with his Wuhan Flu and Stephen Soderbergh and his Contagion. Remember that egocentricity I mentioned..?

And now, the book is out. After my hardback publication was pushed back eight months in the week I lost my senses of smell and taste in spring 2020, and ended up in the middle of the January 2021 lockdown when shops weren't open and sales weren't being recorded, the paperback has just come out. And it feels amazing.

There have been wonderful reviews, which I'll treasure forever. There are still jokes, which I still laugh at. And there's also a seemingly boundless amount of hope, goodwill and kind words from people I know and people I've never met, and from every single individual who played some part in realising this writer's publication dream.

So, if you'll permit me one last, enduring fit of ego, I'll always think of Red Corona not just as my first novel, but also as a little testament to how tenacious publishing can be, and how supportive and welcoming readers are.

If ever there was a book that might not see the light of day, it's this one. But it did. And I couldn't be happier.

Red Corona by Tim Glister is out now in paperback from Point Blank.