International publishers based in Britain

David Shelley considers the implications of the globalism of UK publishers 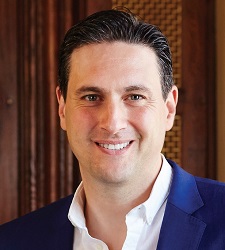 As Brexit draws closer, it feels like a natural time for all British industries to reflect on their place in the world. And the creative industries are the fastest growing part of the UK economy. In 2016, the Creative Industries Federation reported that the sector was bigger than the automotive, life sciences, aerospace, and oil and gas companies combined, contributing £91.8 billion GVA (gross value added). Publishing represented a substantial 8.5% of that figure.

Breaking the numbers down for our industry, one of the most eye-catching statistics from the 2017 Publishers Association yearbook was that last year total exports of physical and digital books from the UK rose by 7%, to £1.6 billion. This equates to 43% of UK publishers' reported turnover of £3.7 billion. In the past five years there have been particularly sharp rises in sales of non-fiction and reference books, school books and children's books in export markets. And, depending on the publishing sector, there have also been steep rises over the past five years in particular regions: notably Europe, the Middle East/ North Africa, and East and South Asia.

For decades - for generations, in fact - the UK publishing industry has invested in its export markets. Even when those markets have not been profitable, publishers have taken a long view. At Hachette UK, we have offices in Australia, India, New Zealand, Hong Kong, Ireland and the Caribbean, and multiple sales agents across other territories. These markets have helped to counter-balance a UK retail environment fraught with challenges, and have grown to such an extent that, while our main offices are in the UK, our increasing focus is on publishing for a truly international market.

I expect that in years to come there will continue to be a subtle but significant shift in thinking from seeing ourselves as British publishers who export books to seeing ourselves as international publishers who happen to be based in Britain. In the academic, educational and STM sectors this is already largely the model, and trade publishing is increasingly adopting this mindset.

Given our global reach and the continued increase in non-UK sales for UK-based publishers, the industry's focus on reflecting the world we live in, and on increasing diversity in our publishing and our staff - and, as a priority, increasing this diversity at senior levels that are likely to influence culture and strategy - is a particularly important mission. As well as being a moral imperative for our industry, the more we are able to make our publishing truly reflect the world we live in, rather than just London, or just the UK, the more we will be able to thrive in the international marketplace and reach new readers, as well as to better weather whatever storms come our way on the home front.

It is also worth noting that our global influence and, more importantly, the global influence of our authors, goes way beyond book sales. Books by British authors are a leading source of material for films, television, plays and now games. Publishing's Contribution to the Creative Industries 2018 (Publishers Association) documents the extraordinary impact that UK-originated books have had when filmed. From Harry Potter to Bridget Jones's Diary to Lord of the Rings to the Bond franchise, films based on novels by British authors have been among the biggest film successes of all time.

The real opportunity as UK publishers become more internationally focused, more diverse, and with a better understanding of global consumers, is - as well as maintaining stability for our publishing industry - that UK authors will see new markets open up for their writing. That will mean new possibilities for their work to inspire globally successful films and TV, as well as providing more ways in for a more diverse range of writers.