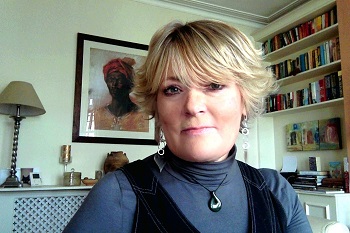 This month marks 36 years since I started to work in publishing, as an editorial secretary at George Allen & Unwin Publishers on Museum Street, on a tip-off from a neighbour. What follows is the trajectory of modern publishing in microcosm.

My skillset was not ideal: I loved books, especially the works of JRR Tolkien, and came with a first class English degree, a Masters in Scandinavian Studies (Old Icelandic) and absolutely no secretarial abilities at all. But I had worked for a year at Foyles and another as a boardmarker/cashier at Ladbrokes, and so had proved I could work hard and not be snooty about getting my hands dirty; and that I was numerate and understood the concept of gambling, which my new boss David John Fielder, head of trade books and paperback, assured me was the essence of publishing.

These were the times of Telex machines and manual typewriters, which were just giving way to electronic typewriters (my nightmare) but David was remarkably patient with my Tippexed letters, blackened carbon copies and non-existent shorthand, and within a year had promoted me away from my disaster zone to become an editor. Hardbacks were the prestige edition, and paperback rights were often licensed out, with vertical publishing only just beginning.

Through the labyrinth
It was my dream job and I loved every day of entering the historic building known as Ruskin House, to mark John Ruskin's close ties with the company. It was a labyrinth of corridors and rickety staircases: to reach my tiny office with its original fireplace and cornicing I had to climb to the attic floor, passing through the work spaces of Philippa McEwan, Harriet Griffey, Nick Brealey, Adam Sisman and others; then down the other side. Unsurprisingly, when some of the ceiling fell down while I was away one week no one noticed until I reported that I couldn't open my door. Just as well that I had been on holiday...

GA&U was the quintessential small family publishing house: working there alongside Rayner Unwin and his son Merlin, and a small, dedicated cadre of talented publishing folk, felt like being part of that family, and it's probably why so many of us remain good friends to this day.

End of an era
But the book world was changing. Big corporate houses were making their presence felt, profit margins became ever tighter and overheads ever higher; there was talk of the demise of the Net Book Agreement. By 1986 it was clear GA&U couldn't survive on its own. So it merged with another independent house - Bell & Hyman - and we moved offices to a modern building on Broadwick Street, in Soho. I could lean out of my window and buy produce from the fruit-and-veg vendors in Berwick Market down below. Hyman came with feminist list Pandora Press, a large educational list and a variety of non-fiction. For a while, we all dovetailed relatively neatly. We celebrated the 50th anniversary of The Hobbit, and Unicorn books won the World Fantasy Award and Arthur C Clarke Award. I commissioned brilliant books from Kim Stanley Robinson, Megan Lindholm, Jack Womack, Gill Alderman, Adrian Cole, Garry Kilworth and Alison Spedding, among others. 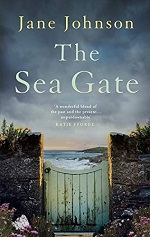 But we were not to remain independent for long, and a couple of years later, just as we were building up to the 1991/2 Tolkien Centenary, suddenly we found ourselves bought by HarperCollins. Out of a workforce of 300, only half a dozen of us, including me and the royalty manager, Jim Holden, survived the axe. In Australia, Patrick Gallagher engineered a buy-out of the Allen & Unwin name, and it's wonderful to see that company go from strength to strength; and to illustrate how the wheel turns in publishing circles, A&U's Jim Demetriou recently became HarperCollins ANZ's CEO.

And so began my long haul in modern corporate publishing, working with Malcolm Edwards to manage the vast treasure trove of sf and fantasy that HC now owned - from Isaac Asimov, Clive Barker, Greg Bear, Ray Bradbury, Arthur C Clarke, Stephen Donaldson, David Eddings, Raymond E Feist, William Gibson, Rob Holdstock, Katharine Kit Kerr, Paul Park and Jack Vance to David Zindell and more. In 1995 I launched the Voyager list - "for travellers of the imagination" - which showcased my "new" acquisition: Robin Hobb (actually Megan Lindholm writing a different sort of fantasy under a new name), as well as many of our star authors. The following year we would publish a certain George RR Martin's A Game of Thrones, having acquired it in a heated auction.

Different world
Working at HC was a very different world: one of forensic P&Ls, spreadsheets, budgets and sales projections. The day of the editor as publishing supremo was on its way out: sales, finance and marketing teams began to dictate policy and acquisitions. It took a bit of getting used to after being something of a one-woman-band, but there were compensations. A well-oiled corporate house has a lot more muscle in the market than a small independent, and if it backed your editorial hunches you could have runaway bestsellers from a standing start, as I discovered when branching out into thrillers and publishing Stuart MacBride, Michael Marshall Smith, Sam Bourne (Jonathan Freedland) and SK Tremayne (Sean Thomas). And of course if you acquired big authors like Stephen King and Peter Straub and Dean Koontz, the books flew.

Then along came Peter Jackson's Lord of the Rings movie trilogy and the chance to spend months working alongside cast and crew in New Zealand: my life describing a perfect arc from the first time I took that Pauline Baynes single volume paperback home from the school library, through commissioning artwork from Alan Lee and John Howe for illustrated editions, covers and calendars; to seeing my totem book coming to life before my eyes. It was a magical four years, culminating in 11 Oscars for the final film, bestseller listings for my and Brian Sibley's tie-in books, and friendships that would last a lifetime.

By 2000 we were beginning electronic publishing, and of course before long people were predicting the death of the printed book. I always said it was just another format, as paperbacks had been: just another way to reach our readers.

Remote working pioneer
And since 2005 I've been working remotely, often from Morocco, thanks to a visionary decision by my then MD, Amanda Ridout. I've been lucky in my bosses all the way from A&U through Grafton and HC, working with such stellar names as Eddie Bell, Jonathan Lloyd, Adrian Bourne and Kate Elton. I still look after my very select group of authors, who came to include the brilliant Mark Lawrence, whom we've just signed up for a new series, and World Fantasy Award-winning Nnedi Okorafor. During that time HBO brought Game of Thrones to our screens, making it the biggest global TV series ever released: and of course our book sales rocketed. I like to joke that I've published more bestsellers since not being in the office than when I was present week in week out, and it's pretty much true, even though during that period I've been writing novels during my spare time (what spare time?)!

Jane Johnson's new novel, The Sea Gate, is out from Head of Zeus on 3 September.