Connections and disconnections: England on the eve of Covid

Jonathan Crane on capturing a varied and fragmented society in fiction 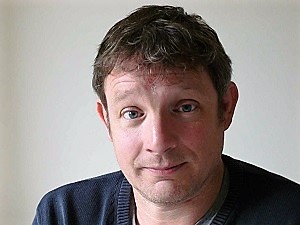 My novel We Need To Talk is in many ways a consequence of the life I lived through my thirties. For a decade I moved around from town to town, itinerant and rootless. I lived in countless house-shares, in backpackers' hostels; I worked more bad jobs than I care to remember, in pubs, clubs, warehouses, offices, gardens. I was seeing life, and society, from different angles, meeting people who confounded my expectations, who found their own ways of negotiating life, and who carried on through difficult times.

That phase was the inspiration for much of the book. It opened my eyes to the different realities people experience, and this guided me as I populated the novel's fictional town of Sudleigh with characters from across the class spectrum. Then, as I began binding together the stories to form the novel, I played with intersections and disconnections between those characters, exploring community and individualism within the container of the town. The stories worked together to build a portrait of contemporary, small-town England, acknowledging the dual forces of cohesion and atomisation at play within society. 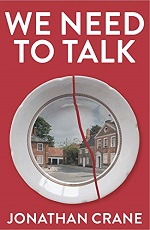 It was the undertaking of a PhD which gave me the time and opportunity to write We Need To Talk. Over the course of my studies, I also began to teach in university. While I found it hugely rewarding, helping a new generation of writers to develop their skills, I knew that I needed to remain connected to life outside academia. It was lucky that during my studies I was able, occasionally, to work with charities, designing and delivering creative writing programmes in community and prison settings. It wasn't something I had planned; it just happened. It is, however, something I have continued to do.

Looking back at the projects I've worked on, perhaps the most affecting was my first. In conjunction with a charity called Safe Ground, I designed and delivered a creative writing programme for HMP Wandsworth. I based the programme on aspects of my then current research into the short story, namely James Joyce's concept of the epiphany, and decided to utilise flash fiction as a form. Using epiphany as both structural device and theme seemed a good idea for a prison context: it would not only provide a story shape for novice writers, but also bind notions of reflection, realisation and change into the writing.

As we ran the programme in the library on a prison wing, we asked the men to write about their own moments of change or realisation. And the men responded, creating pieces that were in turn funny, profound, surreal and deeply personal. I witnessed first-hand how the act of writing enabled and encouraged shifts in the men's perspectives, as they developed new knowledge of self, realised that they were not alone in their experiences, and that writing gave them freedom of expression while their liberty remained constrained. And later I learned that, as a consequence of the programme, some of the men had begun to use the library more, and some began to have different expectations of themselves and their relationships.

Witnessing how literature and writing helped the men reflect, connect, and express themselves was a revelation in itself, but the experience had further effects on me. It challenged my concept of prison. I began to question whether prison should be a place of punishment or of reform and rehabilitation. The experience also broke down my preconceptions of the prisoners. Listening to the stories the men created, listening as they spoke about their own experiences, I realised that each man had his own history, his own regrets, fears and longings, an awareness of being outside time. And I was reminded that we are all vulnerable, that life can quickly change and land us in situations we never expected to face.

More than this, as I sat there on that noisy prison wing, the men discussing how they made curry in a kettle, I was reminded of how much we take for granted, how privileged many of us are in the basic freedoms and securities we enjoy. It also reminded me that there are worlds out there, beyond the limit of my experience, about which I have little understanding. It taught me that I still have much to learn. And so, from those first workshops I took the lesson that I should keep my ego and judgements at bay, and that I should remain curious, humble and humane.

This was the spirit in which We Need To Talk was written: a spirit of curiosity and compassion. It is a book about our fragmented society, the town of Sudleigh and its people working as microcosm. But it is also a book about the choices each of us faces, asking how we should balance personal need against belonging, self against community. I do not claim to have the answers; I intend to show life as it is, a blend of the comic, the tragic and the mundane, and to render the varying realities and horizons we each face. But the book, with its interwoven stories and characters, also acknowledges that, though we have become increasingly disconnected and divided, we are all still members of the same society.

My hope is that We Need To Talk explores the human condition in a time of flux, that it maps the connections and disconnections between the people within a changing southern market town, and so captures a snapshot of a fractured England on the eve of Covid. I feel sure I will return to Sudleigh again, to see how its inhabitants are progressing. For now though, I'll carry on lecturing and working in community, keeping my eyes and mind open while I continue to write about life as it unfolds.

We Need To Talk by Jonathan Crane is out today from Lightning Books.