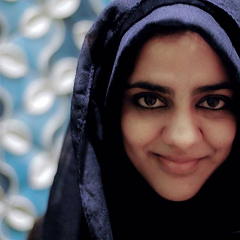 The Hachette Children’s Novel Award was founded in 2019 'to search for brilliant new books for children from the North of England. It is offered in partnership by New Writing North and Hachette Children’s Group, and is aimed at debut writers of middle-grade/young teen fiction who currently live and work in the North of England,' according to Hachette.

The award will be given to one writer of a complete, but as yet unpublished, children’s novel. The winner will receive a £5,000 advance and a publishing deal for their book with Hachette Children’s Group.

The award forms part of the Northern Writers’ Awards, the writer development programme produced by New Writing North with support from Northumbria University and Arts Council England.  The awards are now open for entry until 18 February 2021.

Middlesbrough writer and film-maker James Harris won the award in 2019 for his middle grade novel The Unbelievable Biscuit Factory – which will be published by Hachette Children’s Group in April 2021.

The 2020 award was won by Leeds-based writer Hannah Durkan. Her debut, a middle grade fantasy adventure, will publish in 2022.