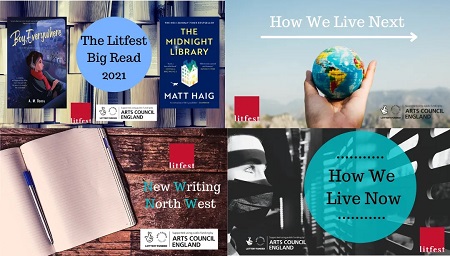 Lancaster Litfest has released the programme for its 2021 edition, taking place entirely online. The festival runs from 12 to 21 March.

A social media campaign will invite people to share their experiences of "How We Live Now" in response to a set of six documentary films. "How We Live Next" is a series of events involving thinkers, writers, activists, politicians and business people. New Writing North West is a series of workshops in four genres - fiction, nature and environment, poetry, and translation - for emerging writers in the Northwest region.

The festival is supported by Arts Council England.