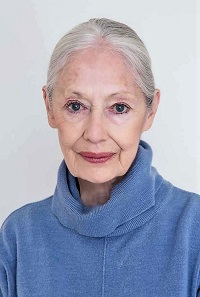 The Nguni languages, isiXhosa and isiZulu, are closely related lyrical languages spoken by the majority of people in the eastern regions of South Africa, and are particularly rich in imagery and metaphor. Both languages as well as the traditions, customs, cosmology and history of these two peoples have been the focus of a lifetime of research.

Everything I have written - including children’s books - has had its genesis in my fascination for these subjects and, more importantly, my love of the region in which I grew up and its people - the Eastern Cape.

In my novel A Sin of Omission, I incorporated isiXhosa, both to mark that the speakers were not communicating in English and to convey the tone of what was said. The spoken language, with its range of idiom and imagery, has always been used to great effect by mother-tongue speakers: izinyanya zamafu - spirits of the clouds, memories as fleeting as cloud shadow; isimema, the howling of dogs, an insupportable grief; umke namangangaba aselwandle - he is carried off by seabirds, gone, leaving nothing of himself behind.

Both isiXhosa and isiZulu are steeped in the perception of nature and have always seemed to me the most appropriate and authentic way of describing elements of both within the South African context. There is the language of birds, the spirit of the seasons, the voices of the stars. What better way to celebrate the individuality of a bird than by an onomatopoeic rendering of its call that reflects its character as well as the sound it makes? What more lyrical name for a season than "the time of the great dust-driving wind" or "when the moon slips down in search of pumpkin flowers"?

Cattle, economically and spiritually of primary importance to a traditionally pastoral people such as the Xhosa and Zulu, are identified individually and classified by a traditional set of designations that indicate acute observation and sense of association. The naming of the patterns of the ancient breed of indigenous multi-coloured Nguni cattle are metaphorically linked with plants, animals, birds and cultural concepts that are particularly apt: for example, a white beast with a fine branching pattern of black is described in a composite word meaning "the shadow of the trees silhouetted against the sky"; a cream-coloured beast with small rusty speckles is "the eggs of the lark" for the close resemblance of the patterns on each. The white "royal" cattle of the Zulu monarch are described as inyonikayiphumuli - "the birds that never rest", associating them with the restless flocks of white cattle egrets that follow the herds to pasture. 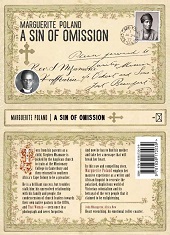 Both in the vernacular and in translation, that idiom has become integral to the way in which I perceive my environment and has greatly enhanced my appreciation of it. If this preoccupation seems like some form of "appropriation", both in embracing another language and in writing a novel such as A Sin of Omission, loosely based on the life of a real person, I need to emphasise that I was deeply aware of and sensitive to the responsibility in tackling a story outside my time, gender, ethnicity and immediate experience.

I was particularly aware of this given the very real sensitivities of such issues in South Africa with its tragic history and ongoing divisions. But, like any writer, I had to make choices about exploring a significant - if obscure - life that might not have been remembered at all if I had not tackled the task. It seemed important for "Stephen" to "emerge from the shadows". Fortunately, I had access to a vast archive of primary sources – letters, diaries and other documents - through which the concerns and personalities of various writers were revealed.

Even though I was writing a novel rather than a biography, I did my best to relay events and attitudes as authentically and faithfully as I could, and had an acute sense of witnessing a life, which I can only hope I did with empathy and respect. Moreover, I live within a community where the use of language and the love of environment and country are shared and constantly overlap. This is home despite its tragic history, its diversity and its struggles. It is also home because of its beauty, its dignity and hopefulness.

A Sin of Omission by Marguerite Poland is out in paperback today from Envelope Books.