Publishers, booksellers and writers have been hit by a series of calamities 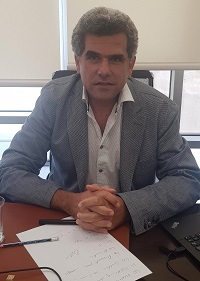 If you were to write a book about events in Lebanon over the past year, your editor would probably encourage you to trim the number of dramatic incidents so the story would seem less implausible.

Last autumn, mass protests began, a result of civilian frustration that had been building over time as successive sectarian governments failed to manage, among other issues, the country's waste and economic crises. In January the economy unraveled, with banks blocking people's access to their accounts and the Lebanese pound starting on a dramatic decline, losing 80 per cent of its value in just a few months.

Then, on 4 August, 40-odd years of political corruption and irresponsibility came to a head with an horrific explosion in Beirut's port. Years of unsafe storage of 2,750 tons of ammonium nitrate coupled with government negligence led to the blast that registered as magnitude 3.3 on the Richter scale, killing at least 204 people, injuring thousands, and leaving 300,000 people homeless in wrecked neighborhoods.

Author Elias Khoury, writing to fellow Beirutis in an article published in Libération newspaper, described the explosion as "... your truth, the one you have long tried to cover up. A city handed over to bandits, despoiled by the hegemony of morons, torn apart by war princes...".

Where does this leave the Lebanese publishing industry, one of the most important in the Arab world, in a global ecosystem already badly shaken by the Covid-19 pandemic?

To the brink
Most publishers agree that the August tragedy, although an immense psychological trauma in addition to engendering further anger towards the government, did not have a significant impact on their businesses. Publishers were already in dire straits, profoundly affected by regional instability - the larger Lebanese publishers export the majority of their books to the rest of the Arab world because the local market is too small. Then the coronavirus pandemic and the devaluation of the Lebanese pound brought them to the brink.

Rania Mouallem, editorial director of Dar al Saqi, says that the economic crisis paired with the pandemic makes it the most challenging time she has experienced in her professional life: "In common with every other publishing house in the Arab world, we had been fighting for years in order to maintain our activity and save the industry." But it's the first time, she says, that Arabic books fairs were cancelled one after the other, and that bookshops, because of lockdowns, were closed in Lebanon and elsewhere.

Book fairs are vital to Arab publishers, most of whom spend a large part of their year as travelling salespeople attending them. Seventy percent of Dar al Saqi's production is destined for export, primarily to the Gulf countries. Mouallem says that the company usually publishes 70 titles a year, but this year will publish about 30, of which half are translations. She herself, following the explosionm "entered a cycle of sadness and anger".

This is "unquestionably" the most difficult moment, says Émile Tyan (pictured above), chairman and CEO of Hachette-Antoine and deputy general manager of Librairie Antoine, who has lived in Beirut for his whole career. The companies Tyan oversees are publishers, bookshops and exporters, with historic roots in educational publishing. Seventy per cent of Hachette-Antoine's market for the schoolbooks it publishes is in Lebanon, while it exports 70 per cent of its other books. Although Hachette-Antoine is in partnership with the French publishing giant Hachette, and benefits from offshore accounts where their funds aren't blocked, Tyan says that the Lebanese economic crisis is particularly brutal for its local business, with books paid for in Lebanese pounds and uncertainty over the opening of schools. Moreover, all of the company's bookshops were damaged during the 4 August explosion; luckily, no employee was seriously injured. But the staff are exhausted, Tyan says. He estimates that production is down by 50 per cent or more.

Rising costs
Nathalie Sfeir is a bookseller in Paris' Institut du Monde Arabe's bookshop, and the Librairie Antoine is its largest supplier. Over the past year, Sfeir says, the bookshop was unable to do business with Librairie Antoine because of strikes, demonstrations and then an early lockdown in Lebanon, followed by the lockdown in Paris. Today, they are back up and running, but in the meantime, with the economic crisis in Lebanon, shipping fees have doubled. Sfeir says she negotiated to have books sent by Lebanon's local postal service and not the shop's usual private transporter, which is more expensive. She feels the shortage of new books - some Lebanese publishers have suspended publication altogether, she says, and there have also been significant delays in deliveries.

Rania Mouallem agrees: "Printing and paper costs have increased by 30 per cent, shipping costs by approximately 40 per cent. The result is a decrease in the volume of sales and a decrease in the profit percentage, as the high costs of printing, paper and shipping cannot be reflected in the price of the book due to weak purchasing power."

Lebanon has long imported most of its goods, and one of the country's few exports were books. Although one might think that the weak Lebanese pound could be an advantage for exports, Mouallem says that the economic crisis was so serious that it went "far beyond the limited benefits of the devaluation of the pound".

Smaller businesses in particular are struggling to pay for raw materials. The Samandal comics collective, a leader in the alternative comics scene since it was founded in 2007 and an inspiration to a number of other comics collectives in the Arab world, was having a particularly good year at the beginning of 2019. They printed a science fiction anthology and opened a call for submissions for the 16th issue of their comics magazine, published several books and won a number of awards. Lena Merhej, an author and one of Samandal's founders now based in France, says that their book launches in Beirut during the autumn of 2019 had to be cancelled because of the protests, and in 2020 they were unable to pay their printers in Lebanon because the first payment, for which they had funding, fell victim to the currency devaluation. "We are revising the budget constantly, book by book, to evaluate the impact and what we can do," Merhej says.

She adds that although she understands that many people want to leave, "Samandal must have a foot in Beirut, it's important for us to stay there as a coalition. We travel back and forth, make links and reach out and trust that we can continue." Samandal, like Librairie Antoine and Dar al Saqi, is focusing on digital production (which Tyan and Mouallem say is developing very slowly), and with a grant from the independent Arab Culture Fund (AFAC) is planning a website.

One-woman show
Hala Bizri is the co-founder of Éditions Snoubar Bayrout, a young publishing company that opened in 2014 and specialises in beautiful books for the local market, often in colloquial Lebanese Arabic. Improbably, Bizri opened a small bookshop during the October protests, and for the past two months has been open a few days a week: "Someone came by and said it was so great to see a bookshop open, and could they just come in and rest? Two or three people a day come in and buy books because they want to support me. They say they aren't sure they can focus on reading, but they want to keep me going, and these aren't wealthy people."

Bizri is a one-woman show with the help of friends and family. If it weren't for this help, and funding from AFAC, the Arab Fund for Arts and Culture, she says she couldn't operate for more than a month. At least when the crisis began it "allowed us to shout loud and clear that things weren't going well, whereas before no one dared to voice it… What we are living today is very strange, it's hard to put a name to it. In my personal circle we're having a difficult time focusing professionally."

Bizri is part of an arts collective that is helping people repair their homes: "Our obsession right now is getting windows installed before the rainy season starts." Nevertheless, she is also finalising a translation from French to Arabic of a seminal study on children's literature in the Arab world that she hopes to publish this year.

'Stealing our lives'
The inability to concentrate after the year's events and in particular following the explosion is a common syndrome and felt very deeply by authors. Iman Humaydan, a writer and president of PEN Lebanon since 2015, says: "I don't know anyone who is writing at this time except those who are also journalists". She should be revising the second draft of her new novel - "But there is so much anger I can't clear my mind. The anger is overwhelming, and it keeps you from your work. It's not only the politicians, it's the banks stealing our money, then the explosion came; they are stealing our lives. As writers we are part of society, we are living this crisis."

Humaydan says that PEN Lebanon decided not to accept funding from PEN International this year because it was not sure it would be able to withdraw the money from the bank. For the moment, the organisation is operating at its own expense, and at the time of writing was planning a reading of texts relating to Beirut at Aaliya's Books in the Gemmayze neighborhood, one of the hardest hit in the explosion. Humaydan also dreams of using PEN's international platform to work more closely with publishers to help them connect with the Arab world independently of the Lebanese Syndicate of Publishers Union. Institutions in Lebanon are divided along sectarian lines, and the Syndicate is no different: Samira Assi, president of the Publishers' Union for the past 20 or so years, is the sister-in-law of Nabih Berri, speaker of Parliament since 1992 and head of the Amal Movement.

Uncertain future
Émile Tyan says it's impossible to look ahead - it could even be counter-productive - as long as the situation in Lebanon remains the same. "We are in a day-to-day crisis management," he says.

Nadine Touma of the children's publisher Dar Onboz gave what was perhaps the most hopeful outlook on the situation in a recent UNESCO panel on cultural diversity in the creative fields. "We are facing a new social contract," she said. "The trauma is so great that we need to find a common thread [and ask ourselves] does what we do make sense?" Culture can no longer be separated from politics, the economy, or education; it must play a role in building this new social contract, she said.

Touma added that it was important for international actors to realise that the Lebanese cultural sector is productive: "We are not just consumers, we have things to offer. When I meet publishers abroad, I always tell them, 'Let us show you what we make, not just what you make.'"

Hala Bizri says simply: "If you want to help us, buy our books."