Lightning - a new deal for authors 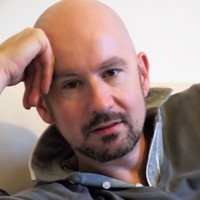 Let's be honest: a tiny independent publisher with no physical office presence, which had only ever published one novel before, would not have been my first choice when I was trying to find a publisher for my novel The Hopkins Conundrum, out last week.

I had laboured on the manuscript for eight years, having graduated with distinction from a creative writing MA on which I then taught, and I had high hopes. I didn't expect Dan Brown-style riches (my novel pokes fun at the Da Vinci Code phenomenon) but I'm only human, so I dreamed of a headline-making advance and the finely oiled machine that a big publishing house would offer.

My agent and I gave it our best shot, but it was not to be. I was trying something quirky - a comedy centred on the depressive Gerard Manley Hopkins and the tragic shipwreck which was the subject of his best-known poem - and I was aware I might need help to get the concept to gel. But the editors we approached expected it to have gelled already.

So I fell back on Plan B, or was it even C? My late publisher friend Gary Pulsifer asked if I had heard of Dan Hiscocks and Lightning Books, which was running a competition for new submissions. The company - the fiction imprint of the more established travel/adventure publisher Eye Books - was offering a new deal for authors, part of which involved becoming a cog in Lightning's own machine.

I sent Dan my novel, which he liked, so we met to discuss terms. Without going into every detail, if I was expecting jam today, I would be disappointed (and I might actually have to pay for my own); but should there be jam tomorrow, I would get pots of the stuff. To help make that happen, my input into the production and marketing process would not just be tolerated, it would be positively encouraged.

For Dan, the fact that I was a former newspaper journalist who had also run the media for an election campaign made me a particularly good fit. I would discover that he has a magpie instinct for drawing out skills as part of a mutually beneficial deal. Because he does it generously, it's a likeable quality as well as smart business.

Among the collaborators he has drawn into his circle is Scott Pack, once described, when he worked for Waterstones, as the most powerful man in publishing. Scott edited my novel, and it's thanks to him that The Hopkins Conundrum now gels well enough to have generated a string of glowing endorsements.

I have also thrown myself into the publishing process. I brainstormed the contacts of a 20-year media career to generate advance buzz and create a media plan. I had constant input into the marketing materials, cover blurb, selection of jacket quotes - none of which fitted an established formula, given my quirky mash-up concept of literary biography and modern satire. And I had a big say in my cover: when the first brief clearly wasn't working, I mocked up my own idea and we got designer Anna Morrison to do a professional version of it. I'm sure the great job she did is one of the main reasons my novel is currently on face-out display alongside literary bestsellers by Edmund White and Julian Barnes. 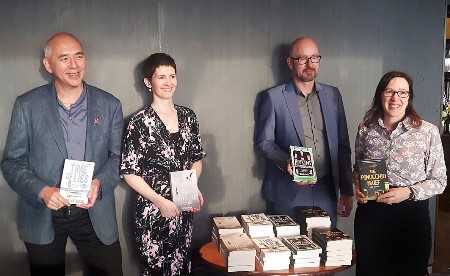 I am now (modestly) on the Eye/Lightning payroll, running the Twitter and Facebook accounts, maintaining the company website and editing one- or two-minute video trailers for every title. This stipend also enabled me to work full-time for three months on the preparation of another manuscript, Michael Dobbs-Higginson's Buddhism-meets-banking memoir A Raindrop in the Ocean (published next month). And I liaise regularly with my fellow Lightning novelists Douglas Board, Zoë Duncan and Abi Silver. We offer each other advice and support, promoting each other on social media and acting in the collegiate way I'm used to from my MA days. We understand that a success for one of us is good for all of us.

When it works well, it ought to make everyone a winner. Authors like me are actively incentivised to bust a gut to promote our own work - and not just by being wheeled out to perform at events, but all the way along the decision-making road. Sometimes there are bumps or potholes on that road, and we're in the process of drawing up a handbook for new authors to set out in clear practical terms the benefits of channeling their nervous energy in a positive direction in that long period between submission and publication.

Time will obviously tell whether The Hopkins Conundrum is a success or not, and what that will mean both for my writing career and my bank balance. All I can say at this point is that I am confident that I have been published well by any standard, in a collaborative effort that has been personally enriching and hugely enjoyable.

And for my next novel, which I have already submitted, Lightning Books is my first choice of publisher.