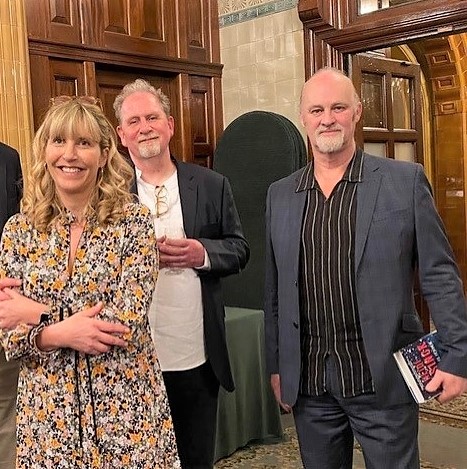 Muswell Press directors Sarah and Kate Beal held their first live book launch since lockdown at the National Liberal Club, where they celebrated publication of Heidi Amsinck's debut thriller My Name Is Jensen.

My Name Is Jensen, which the Danish-born Amsinck wrote in English, is set in her home city, Copenhagen, where a serial killer is slaughtering homeless people. Rights have gone to a Danish publisher.