The imposition of the second national lockdown from tomorrow presents a series of problems for the book trade - but also one big, fat opportunity 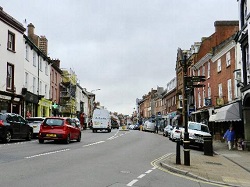 This last week has seen a minority of consumers panic-buying household staples (books not included), but in the main the public's reaction to the second lockdown has been one of weary resignation, writes BookBrunch joint editor Neill Denny. Been there, got the t-shirt, sums up the general mood.

The most obvious initial impact on the trade is that Waterstones and indie bookshops will be forced to close for the next month. Although the click and collect schemes that some shops brought in during Lockdown 1 can be resurrected, and the arrival of Bookshop.org could not have been better timed for the indies, losing half the Christmas season after a difficult year will surely force some indies over the edge.

Although the government is insistent that the lockdown ends on December 2, only those of the most forgiving disposition will believe them. It would be much safer to assume that lockdown will run until mid-December, and then may very well be re-imposed again immediately after New Year.

In practical terms, that means trying to cram November and December in to little more than a fortnight's high street trading, with all the enormous logistical challenges such compression creates for the supply chain. The absence of Bertrams will be keenly felt.

For publishers, books with pub dates in November face the same hurdles those released in April and May experienced, only worse, because moving them into December throws them straight into the pre-Christmas scrum. There is little choice though, as January will be a dead month on the high street.

Publishers may also want to expand their distribution routes: supermarkets are staying open during lockdown, but so are a range of other stores including DIY and garden centres. Both the latter may have room for a limited book range, non-fiction heavy presumably, and some are already stocking books. There are profitable conversation to be had.

The big winners in all of this are, of course, our friends in Seattle, but if you resent them their success, just imagine a book trade this winter without Amazon's involvment.

The real fear must be that this November/December shutdown is merely a precursor to a shutdown/spike/shutdown pattern over the entire winter and beyond. Without a viable mass-vaccination programme - and that is at least nine months away - and assuming the continued failure of mass-testing - it is hard to see an obvious exit strategy for the so-called authorities any time soon.

Yet despite the enveloping November gloom, discernible upsides remain for the trade. The first is that in economic terms the pandemic has hit hardest the young, the poor and the ill-educated, people who were not heavy book-buyers in the first place.

The challenge now for retailers and publishers is to get books, in whatever form, to this massive potential audience.