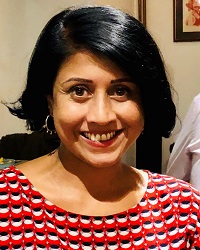 As 2019 drew to a close, I was hard at work developing strategy for one of our lead non-fiction campaigns. As 2020 kicked in, all was going to plan; national media was secured and the campaign was going well, with Stella magazine, Vogue, Good Housekeeping, GQ and CNN confirmed as launch coverage.

Then alarming news of a new virus called Covid-19 started to reach us.

The situation accelerated, and our lives suddenly became more complex. The irony was not lost on me: the book I was working on was called The Simplicity Principle: Six Steps to Clarity in a Complex World, by leading social health expert Julia Hobsbawm (Kogan Page).

And then my carefully executed plans began to unravel. One by one, emails arrived cancelling key interviews, along with all the events and talks we'd spent weeks and months organising. Casualties included BBC Radio 4's Today, festivals, and business talks at venues such as the Conduit Club, Arts Club and the Ivy. It was fortunate that Julia had already appeared on CNN and Sky News - otherwise, we'd certainly have lost them too.

At EDPR, creativity and positivity are two of our overriding strengths. Never was I more thankful for our strong team spirit and "can do" attitude. We put our heads together, and activated Plan B. 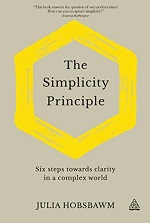 As the world's only professor of social health, Julia was in a strong position. We developed alternative feature ideas, and although The Simplicity Principle was written months before the pandemic, it mentions social distancing. Julia had coined the term "social health" in her previous work, and that became our focus as we changed tack to reflect this new reality.

The talk at the Arts Club was livestreamed instead, with a Q&A. Radio 5 Live, TALK radio and others have done interviews via Skype, and GQ, Grazia and Thrive Global confirmed digital coverage. There are four further podcasts in the coming weeks, and a Tortoise Thinkin event. The Conduit Club event will also take place virtually. Julia is hosting her own webinar and podcast series, and will write an op-ed for CNN online; she is also writing a piece for Monocle magazine on the impact of lockdown and how we can simplify the way we think and live in the current climate.

Our team, like every other PR team in publishing, has had to act quickly to re-think strategies and plans. Our key spring titles have included, as well as The Simplicity Principle, two significant children's novels: Viper's Daughter by Michelle Paver and Mic Drop by Sharna Jackson (both 2 April). 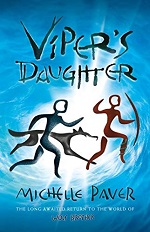 Viper's Daughter (Zephyr) is the first of three new books by award-winning, global bestseller Michelle Paver, marking the eagerly awaited return after 10 years of the Wolf Brother series. The publishing strategy had been honed over a year, with print and broadcast media set up alongside numerous events spanning April, May and June.

We swiftly reset PR plans to focus on online and social channels, with live Q&As and Book at Bedtime sessions from Michelle's YouTube channel, the release of news on a long-awaited TV deal, and the launch of a re-vamped website. Over 150 media outlets covered the story, coinciding with the launch of national print interviews and reviews, online interviews, and a 16-date blog tour. Most importantly, we've been able to call on our brilliant network of teachers, bloggers and key influencers to help bring the news to a whole new generation of children. 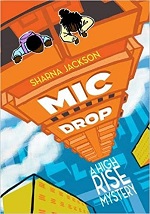 Mic Drop (Knights Of) is Sharna Jackson's sequel to her Waterstones Children's Book Prize-shortlisted debut novel High Rise Mystery. With a short lead time on pre-publication activity, we quickly organised and hosted an online book club and #ReadAlong for launch. Three sessions took place leading up to publication, and activity will continue into the summer with further videos, online interviews and YouTube book clubs planned.

As a small, dedicated team, we've always treated client and author care as of paramount importance. We are living in such unprecedented - and fast-moving - times, but strong teamwork, smart thinking and creativity will always win through.

Life for everyone in the publishing industry and book trade has suddenly become more complicated. At EDPR we're keeping calm and carrying on, doing what we do best. And as Julia Hobsbawm says: "Keep it simple. Focus on what's important. Embracing simplicity in the midst of something so complex could be what helps saves us."