Looking forward to the Sharjah Market Focus at LBF 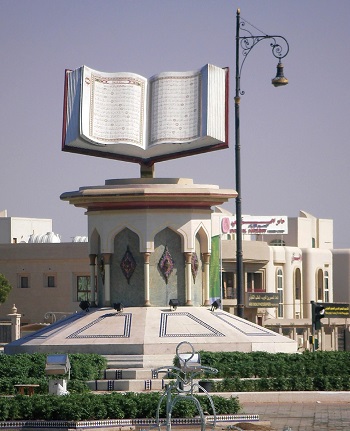 It has been 11 years since the Arab World Market Focus, and much has changed in the Arabic literary landscape. In 2008, the first year the British Council partnered with LBF on the cultural programme, we welcomed more than 40 writers from 22 different countries to showcase the breadth of contemporary Arabic literature. At the same time, the International Prize for Arabic Fiction was established, and most recently Omani author Jokha Alharthi was the first author writing in Arabic to win the Man Booker International Prize.

It is clearly a moment to be looking to the Gulf to learn more about Arabic literature today. Sharjah’s participation as LBF Market Focus is tied into its designation as 2019 UNESCO World Book Capital, the first Gulf city to be given this title. In 2017, Sharjah Publishing City - a free-trade zone - opened its doors, and Sharjah International Book Fair will host its 37th edition in 2019, having long been recognised as the "go-to" book fair in the region.

Translation workshop
One of the cornerstones of our programme will be an Arabic translation workshop, which will take place in Sharjah in early 2020. The British Council has delivered many workshops in the region, including in Cairo and Doha, as well as the recent Majaaz poetry translation workshop in Tunisia, which provided an opportunity for poets from the Maghreb and the UK to collaborate. The Sharjah Market Focus presents us with a good opportunity to reconnect with some of these professionals, both from the Emirates and across the region. The workshop is currently in development, but we hope that it will include a programme for both English>Arabic and Arabic>English translators and that it will create opportunities for continuing professional development, and skills and network building, as well as provide a forum for translators to discuss some of the issues they face in their work.

We are also planning a reciprocal residency programme, which will involve a UK writer spending two weeks in the UAE, and an Emirati writer spending two weeks in the UK. During their residencies the writers will have the opportunity to meet with other local writers, explore both countries, take part in workshops, and share sessions with local literature professionals. The writers will share their experiences at the London Book Fair in March.

Alongside the skills developed, the rights sold and the literature showcased, the cultural programme provides a unique opportunity for the British Council to deliver programmes that build direct connections between individuals and organisations in the UK and UAE. We hope that these connections encourage greater cultural understanding between our cultures and lead to more collaborations between writers, publishers and literature professionals for many years to come.

Illustration: a "cultural roundabout" in Sharjah

Rebecca Hart is literature programme manager at the British Council.