Lots of sex and rock and roll, not so many drugs: the baby boomers look back 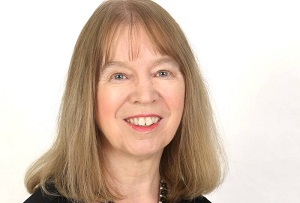 The sentiment that "If you remember the Sixties, you weren't there" has been much bandied about. It parodies the suggestion that young people were burned out by hedonism, sex, drugs and rock ‘n' roll and senseless to the real world. It has some currency in the early deaths, albeit controversial, of musicians such as Brian Jones in 1969 and Jimi Hendrix in 1970. But of course it is only one side of the story.

For most young people of the day, the Sixties were a time of new freedoms and experiences that they consciously enjoyed. There was an unprecedented number of them, born during the post-war baby boom and now mostly in their teenage years. What do they remember of these times and what are they up to now? Paul Hoggart and I thought it would be interesting to record their memories, and found 67 women who could tell their stories. These women, whose accounts we have drawn together in Sixty Somethings, were all born after World War II, largely into the middle classes.

Lucky generation
They felt that they had been lucky. Most had benefited from the more than doubling of higher education places over the decade, and had left home for university or other training college. They had been at the forefront of a social revolution when young people, probably for the first time ever, had their own youth culture distinct from that of older generations. And they had enough money to spend on things like clothes, concerts, records and make-up. They were becoming a new market for manufacturers and advertisers. 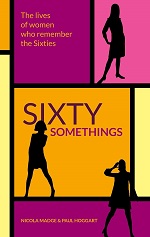 Music was high on this agenda and reflected in the rise of British bands, notably (in my opinion) the Beatles and the Rolling Stones, television programmes such as Ready Steady Go! and Top of the Pops, new legal and pirate radio stations and programmes, magazines such as New Musical Express and Melody Maker, and the increasingly ubiquitous ownership of transistor radios. An added benefit was that the music could ignite parental disapproval.

The sexual revolution was in full swing. This generation didn't invent sex, but was the first to be offered effective contraception. The advent of the Pill, available to married and unmarried women alike from 1967, changed attitudes and behaviour. "It was handed to us on a plate... We went along with it because we could" said one woman, while another added: "I slept with all my boyfriends, as everyone did." There could be a downside. Some women remembered anxieties at flouting the moral code of their upbringing, while others suggested free love was not all it was cracked up to be, and that sometimes they felt pressure to have sex they didn't necessarily want. One woman said she'd gone out with "all these alpha males and womanisers, and they were all uniformly terrible lovers". "Most people I know look back and wonder what was I doing, what was that all about?" added another.

The women had much less to say about drugs. Indeed the overall numbers involved in this side of the Sixties culture were relatively small compared to later decades. One estimate of young drug-takers in the 1960s puts the figure at one in 20, as compared with nearer one in two by the mid 1990s. There was a very mixed picture of participation among the Sixty Something women. Only a small proportion said that drugs had been an important part of their lives.

The Sixties were characterised by a collective mood of rebellion and optimism. Young people had high ideals, and were prepared to say what they thought and break rules. There was widespread concern about issues such as nuclear weapons, the environment, workers' conditions, women's rights and gay liberation. The generation was going to change the world.

The legacy
But did it? Half a century or so later, it was clear that things hadn't turned out exactly as expected. Materially, most women had done well, with their living standards exceeding expectations. One woman said she hadn't wanted a house, a mortgage or a washing machine but had ended up with four houses and six washing machines. Furthermore, and partly as a result of their efforts, there had been significant social reforms and a liberalisation of attitudes.

At the same time, however, many women were concerned about the current state of politics and the world, and disappointed to find that many of the gains they'd witnessed were now in retreat. They were also worried about their children and grandchildren, particularly in the employment and housing markets.

They reiterated how fortunate they had been, as compared with both earlier and later generations and in comparison with other female contemporaries, but did not appreciate the current depictions of them as privileged, even selfish, "baby boomers". They had worked hard over their lives, fought for the causes they believed in, and were now supporting the next generations. Their fortune was in being born at just the "right" time.

Sixty Somethings by Nicola Madge and Paul Hoggart is published by Quartet.