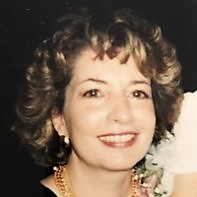 Marcella Berger, former v-p, director of subsidiary rights at Simon & Schuster US, has died at the age of 75.

Berger worked at S&S for 35 years, selling rights for titles including Good as Gold by Joseph Heller, Chronicles by Bob Dylan, The Final Days by Carl Bernstein and Bob Woodward, Living History by Hillary Clinton, and A Heartbreaking Work of Staggering Genius by Dave Eggers. She retired from Simon & Schuster in 2011.