Masterpieces, in their own write 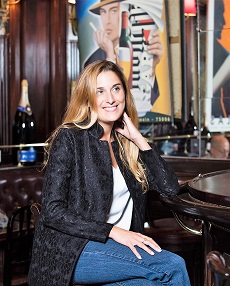 I founded Editions des Saints Peres, a publishing house in Paris specialising in facsimile manuscript editions, in 2012 with Nicolas Tretiakow, whom I had met while we were both students. In the past six years, we have produced a collection of French manuscripts, and two years ago launched a list of English and American manuscripts under the name of SP Books.

Our aim is to bring literary masterpieces - such as Madame Bovary, Jane Eyre, The Great Gatsby, Frankenstein, Le Deuxieme Sexe, and now The Picture of Dorian Gray - to readers around the world. Our books are limited editions written in the author's own hand, revealing their numerous edits, notations and working revisions. We try to invite the reader inside the creative process of some of history's greatest writers: Victor Hugo, Gustave Flaubert, Marcel Proust, Jean Cocteau, Charlotte Bronte, F Scott Fitzgerald, Mary Shelley, Simone de Beauvoir, Oscar Wilde...

The process of finding and reproducing these valuable written works has been fascinating. Nicolas and I have gained access to both public and private collections worldwide, working with writers' heirs and rights holders, and a variety of organisations and institutions such as the BnF (the French National Library), the British Library, the New York Public Library and also the Morgan Library. We always rely on specialists during the process - either to help us choose the manuscripts to be published and/or to write forewords to the works. This is the case with The Picture of Dorian Gray, for which Merlin Holland, an Oscar Wilde specialist and Wilde's grandson, has written an essay to preface the edition.

Despite this process of publication, SP Books are primarily artistic editions. They strive to give an impression to readers that they possess a piece of art that allows them to connect with the writer in a special and intimate way. We have cultivated a unique house style: hand-assembled, large-format editions printed on thick, luxury paper fabricated in Italy, covered in a textured paper that resembles fabric, and presented in a deluxe, gilded slipcase. Most print runs are limited to 1,000 copies. 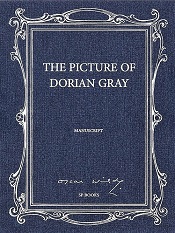 The manuscript of The Picture of Dorian Gray, our forthcoming UK release, is Oscar Wilde's original version of his only novel as it was initially composed, a document that differs from the published version most of us know and love. It reveals the author's elegant and neat handwriting, but, above all, the deletions and additions that both sharpened his prose and started a form of self-censorship even before the novel was sent to the publisher. In particular, Wilde tones down the more overt references to the homoerotic nature of Basil Hallward's relationship with Dorian.

It is widely known that the book's publication in the July 1890 issue of Lippincott's Magazine was met with critical hostility. The Daily Chronicle called the tale "unclean", "poisonous", and "heavy with the mephitic odours of moral and spiritual putrefaction". The St James Gazette deemed it "nasty" and "nauseous". Within five years, Wilde found himself convicted of "committing acts of gross indecency with certain male persons".

The story undoubtedly enjoyed a certain succes de scandale, and Wilde quickly began to revise and expand the novella for publication as a novel in book form. He made various structural changes, introduced new characters, added six chapters and a set of aphorisms to preface the work, and toned down the homoerotic passages. Basil's beautiful confession of love for Dorian Gray, which can be found in the manuscript, disappears:

"It is quite true that I have worshipped you with far more romance of feeling than a man usually gives to a friend. Somehow I have never loved a woman... I quite admit that I adored you madly, extravagantly, absurdly."

The Picture of Dorian Gray is now the most widely translated and best known of all Wilde's works, possibly due to the fact that its author, as Merlin Holland writes, "never quite endorsed and yet never entirely condemned his creation either". The manuscript has also become a testament to the complex relationship between Wilde and his novel and the story of Wilde himself, and I am thrilled that we are able to share this with a wider public.