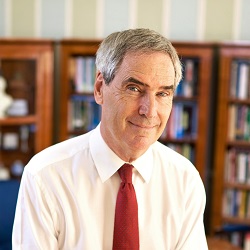 Michael Ignatieff is to chair the judges for the 2021 Cundill History Prize.

Ignatieff is an academic, author and former leader of the Liberal Party of Canada. He is rector and president of Central European University.

Entries are open for the prize, which is worth US$75,000 to the winner and £10,000 each to two runners-up - making it the world's richest prize for non-fiction. It is organised by McGill University in Montreal. The closing date is 30 April.

The 2020 prize went to Camilla Townsend for Fifth Sun: A New History of the Aztecs (OUP).

Ignatieff said: "I'm a historian by training and like nothing better than history books that upend our understanding of the present. So it's a wonderful opportunity to chair this year's Cundill History Prize and go in search of great history writing that tells a compelling story, is grounded in world-class research and changes our understanding of the contemporary world."