Susannah Wise on how the experiences and interests of her late father, film director Herbert Wise, have inspired her debut novel 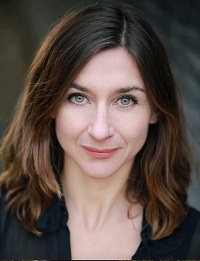 In 1938 my father, aged 14, was packed onto a crowded train in his hometown of Vienna and sent to England, without his family, on the Kindertransport. The train travelled through the night, passing through Holland, where kind Dutch women waited on the train platform to give the children cakes and hot drinks, until it eventually arrived in Kent. My father, who spoke no English, was met by one Mr Marx, who spoke a little German, and so began a new life as a refugee.

For so many of the diaspora, the Holocaust was a call to keep their faith close, a light by which to define them, when so much of who they were had been taken away. For my dad, the early trauma had the opposite effect, seeing him drift away from religion altogether. As a young man, he wondered how to uncover life's meaning when there was a god who could sanction such atrocities. But he kept a tight hold on his cultural heritage, a strong seam of which ran through his life.

Instead, he discovered a sense of safety and found solace in science: he was a keen astronomer, a militant atheist and rationalist. Some might consider this an interesting counterpoint to a career built entirely around the arts; first briefly as an actor, then later as a film director (he said he was a terrible performer).

My favourite memories from childhood - apart from my father's many returns after lengthy absences for work, when he would bring my brother and me jars of chocolate jelly sweets fashioned into pebbles - was our lengthy discussions at the dinner table, just he and I, chewing over what it meant to be human. A sense of his own insignificance in the universe was great comfort to him. I wonder if this is because he felt it helped to justify his past: when one is not the most important thing cosmologically speaking, what does it matter what happens really?

An avid subscriber to Astronomy magazine, he would pour over each monthly copy for hours, and upgrade his telescope every few years, despite London's skies, where light pollution defied attempts at stargazing. We would travel every weekend to Northamptonshire, where we were lucky enough to have a tiny cottage in the deepest countryside, the firmament laid out for us in stunning clarity; and if my father was with us and not away working, he would school me in the constellations. I was a willing but poor pupil.

My father's understanding of physics, chemistry and biology never failed to cause me open-mouthed awe. I loved his brain and would frequently tap it for information. As he aged - and he was always an "old dad", having me at 49 and my brother at 55 - his mind remained razor sharp. Nothing fazed him.

In contrast, I was an anxious child. I dreamt frequently and often, my nightmares so vivid that I would wake and still feel there - wherever "there" was - running from wolves, hiding from crones, saving my brother from drowning. This torturous sleep pattern did at least provide me with excellent access to my imagination, and a comprehensive portfolio of catastrophic fantasies. My stories were rich with witches, ghosts and murderers. My parents could never fathom where all this worry came from, but I think I know.

I am sure that I inherited my father's trauma. There is strong evidence to suggest that suffering can be passed through the generations. My mother had also suffered a very difficult childhood. Inadvertantly, I had been gifted an epigenetic double whammy.

In early 2015, my dad, now aged 90, was informed by his oncologist that the previously slow-moving and turgid form of prostate cancer he had had for some years was now galloping, and there was nothing more the medics could do. I was devastated. 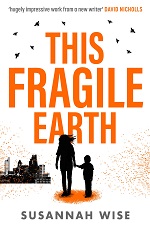 That night saw me lying in bed drawing up the lengthiest catastrophic fantasy I had ever created. My childlike coping mechanism, my method of diverting real pain into stories, had returned. What was the worst that could possibly happen to me and my then five-year old son, I thought? What if the utilities were cut off? Electricity and gas, followed by communications? What about the water stopping too? What if London fell into chaos and my son and I were forced on the run to hide in the safety of our little hamlet in Northamptonshire? And what if, once we got there, things were not better, but far, far worse?

In that one hour, although I did not know it at the time, I had dreamt up the entire plot to my debut, This Fragile Earth.

The idea percolated for several days. My other job is as an actor. At the time, I was busy performing six days a week in a play at the Young Vic. But my story and its nascent terror had taken hold and wouldn't let go. It almost itched inside my head, willing its tentative shoots onto my laptop in the coming weeks. How, I feared, would I, an impatient, needy performer, as well as a parent to a young child, ever finish the damn thing?  The story took root, and I tapped out 10,000 words before a four-month hiatus, in which my family nursed my father at home until his death in August.

Heartbroken and grieving, in September I sat down at my computer once more: I haven't stopped writing since.

Unequivocally and in every way, my father's death was the inception of my career as an author. It was his last best gift to me. My book is dedicated to him.