Bookcareers.com is now gathering data for its latest salary survey – the previous one being in 2017 and the first in 1995 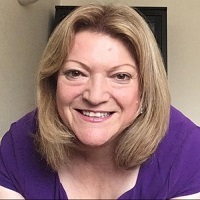 The survey analyses salaries from UK and Ireland book publishers and literary agents or publishing service companies who employ staff on a salary or a fixed term contract basis (either full or part time). The results enable employers to benchmark pay and benefits as well as gauge their company against recognised industry data.

When the survey first launched in 1995, there was a degree of controversy from publishers who were not pleased to see salaries discussed in the open. According to bookcareers.com 'Now the bookcareers.com Salary Survey is actively supported across the industry and Managing Directors and CEOs frequently email the survey questionnaire throughout their companies and encourage staff to complete it. Over the years the attitude to salaries has changed, mainly as a result of this survey and most recently with #bookjobtransparency. Publishers realise it is completed not just by those who feel underpaid and want to moan about their employer, but those who are happy in their roles too.

'Although it is called a Salary Survey, it provides a critical snapshot to employment data in all sectors of book and journal publishing and fills a big hole in industry data and statistics.
This year’s survey includes a number of new questions, about being furloughed, remote working, and employer’s diversity and inclusion policies. The aim, as always, is to feed back to employers what they are doing well and if necessary, what they need improve. Other questions, including those about gender and ethnicity have been updated to reflect the times.'

Suzanne Collier, founder of bookcareers.com who started surveying book industry salaries 26 years ago, said: "This year, more than ever, everyone needs to take time to complete this survey. The results always attract attention but with publishers reportedly doing well, it will be interesting to see how this is being reflected in salaries, morale and stress. This will be our first survey since publishers started reporting salary gap figures between genders, so it will be particularly interesting to see if there is any movement in gender pay differentials, which in 2017 was 15.7%."

The survey is online until midnight on 30 July 2021 with early results due to be published in September 2021.  Full copies of the report can be ordered from survey@bookcareers.com Direct url to the survey https://www.bookcareers.com/salary-survey/