How grief and anger fuelled my inner-city novel

When a former student of hers was murdered, Nicola Garrard set out to write a story challenging the racist stereotypes that had devalued his death 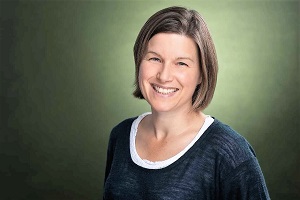 In 2017, I left the North London school where I had taught for 15 years. Following an interview at a leafy comprehensive in Sussex, I sat in my car, telephoned my wife and cried so much she thought I'd failed the interview. But I had been crying for a very different reason.

For context, 70% of my London students qualified for Free School Meals, meaning many families rely on foodbanks and live in temporary or crowded accommodation. Knife crime is a fact of life. Older students (and Black male teachers) expect to be stopped by police on the way to school. Boys are acutely aware of the precise moment they cease to be seen as a sweet child and become viewed as a threat. They work hard, nurture ambitious dreams, but poverty exerts a downward force, forcing some talented students to drop out of A-Levels.

By contrast, the students at my new, rural comprehensive are well-fed and live in permanent, heated houses; many have their own bedrooms, desks at which to study, and gardens. They go on holiday, keep pets, learn musical instruments, leave their bikes unlocked, and dig cyclocross tracks in lonely woods without an iota of fear. They wear trainers they don't imagine in their wildest dreams would ever be snatched from their feet. They go where they want without fear of knives; if they carry penknives, it's to whittle sticks. They don't consider working to contribute to household bills. There are no local gangs promising money and protection. They don't know anyone who has been murdered. They believe they and their friends will live long and successful lives.

"I wanted to show the inner city boys I knew: as loveable and deserving of society's care and outrage as any child"

I later learned that rural teenagers suffer in different ways. Among their vulnerabilities are eating disorders, self-harm and online grooming. When my protagonist, Donny, is fostered outside London, he meets Zoe, a rich white girl whose ambition to become a model leaves her at risk of sexual exploitation. Together, they illustrate the extremes of British teenage experience – white and Black, rural and urban, rich and poor - but these best friends have far more in common than readers might expect.

The sadness I'd felt leaving my school in London sharpened when my former student, Mahad Ali, was stabbed to death in June 2017, aged just 18. I'd first taught him on a primary secondment that showed me our teenagers as the children they once were, who fell over in the playground and cried, held their teachers' hands and made friends from different socio-economic backgrounds – at least until Year 7, when wealthy families moved their children out of the borough and state schooling.

News editors ignored Mahad's tragedy. Mahad had never been in a gang or carried a knife, but as a young Black man, he fitted the media's toxic stereotype of an urban criminal. Not one national journalist spoke of his talent for friendship, the affection of his teachers, the love of his family or the hugely thoughtful son he was. As a result, his violent murder went unnoticed, and his 10 killers remain free to this day. 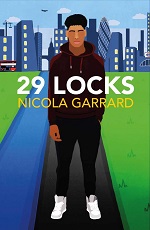 Heartbroken, I started writing 29 Locks. Although my protagonist bears no resemblance to Mahad, who thrived under a supportive homelife, I wanted to confront the racist stereotyping that cheapened his value in the media and show the inner-city boys I knew: as loveable and deserving of society's care and outrage as any child when vulnerable, missing or murdered. I thought there was enough grief and anger in 29 Locks to fuel 10 novels, but Nikesh Shukla, novelist and founder of the Good Literary Agency, a literary agency for underrepresented writers, said that what he'd noticed most was love.

29 Locks soon joined the important conversation about writing race and poverty. Whilst the novel was on submission, my agent and I met with a commissioning editor at a "Big Five" publisher and later with its head of PR, who had concerns about publishing a novel by a white author with a mixed-race protagonist, perhaps having learned that the publisher cannot guarantee that representations of race are respectful and authentic if its editors are predominantly white. The costs of making a mistake are enormous.

The moral authority to write and publish a novel such as 29 Locks may rest only with those who have lived experience of poverty and gangs, yet survivors of criminal grooming often have functional illiteracy and few become teachers-turned-novelists or editors at multinational publishing houses.

A year later, 29 Locks was signed up by Rosemarie Hudson, whose independent press HopeRoad has a powerful list of writers of colour and is dedicated to challenging cultural stereotyping. Hudson's vision for 29 Locks has created opportunities for others to break into publishing. Its striking cover was designed by a young mixed-race illustrator, Olivia Anthony, who drew on her Black Lives Matter graphic art to produce an authentic portrayal of the protagonist. No tired urban tropes, no splashes of token graffiti - just a compelling image of a boy as his peers would recognise him.

29 Locks would not exist without the stories I was told by care-experienced, gang- and poverty-affected young people. It feels important to me to donate a portion of its royalties to youth charities and offer mentoring to aspiring writers from these backgrounds. Hopefully, following the example of Alex Wheatle, Lemn Sissay and Caleb Femi, and with the support of visionary agencies and publishers such as the Good Literary Agency and HopeRoad, they will go on to publish their own extraordinary stories.

Hope Road publishes 29 Locks by Nicola Garrard will be published on 30 September.