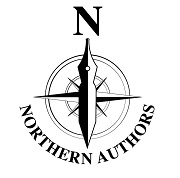 National Northern Authors Day (@AuthorsNorthern) returns for a second year on Twitter on 1 July. The day is the creation of authors Milly Johnson and Trisha Ashley.

Johnson and Ashley are inviting established as well as up-and-coming writers and illustrators from the north to take part. Johnson said: "Trisha Ashley and I launched the initiative last year to bring writers from the North of England together with agents and publishers, and to bring Northern authors to the attention of new readers. It was a runaway success so we feel confident that 1 July can stand as a permanent National Northern Authors Day (#NNAD). It was a test case and we have refined some of our operations to make it even better.

"This year we are asking people to use two hashtags so they can be found easier. #needadeal can be used by those wanting to find deals and those offering them. And anyone with a manuscript ready can use #mybookpitch and post a Tweet-sized elevator pitch which just might grab the attention of a hungry agent or publisher. We would like to gather as many success stories as possible so we are hoping people will report back. We know of a few people for whom the 'experiment' worked marvellously last year including illustrators. Certainly, many Northern bookshops got extra business for postal orders during the pandemic and novelists found new readers - both traditionally and independently published."