On not being Tolstoy

Marika Cobbold has accepted that she's not the Russian master, but that isn't why she has taken 10 years to produce a new novel 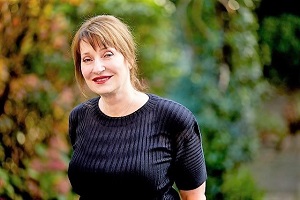 I was talking, as one does, to the Reader on the Clapham Omnibus. I told him I was about to have a new book out after a 10-year gap. He was pleased to hear it, and he asked: "So, what made you decide to start writing again?"

He looked a little confused.

I told him: "I never stopped."

His brow cleared. "Ah, it's one of these thousand-page doorstoppers?"

I was about to mention the old adage quality, not quantity when he added, "Like War and Peace", rather taking the wind out of my sails.

The Reader on the Clapham Omnibus nodded. "So, more a small gem, like The Great Gatsby, am I right in saying?"

I changed the subject to the weather. We agreed it was wet, but that we mustn't grumble.

We arrived at his stop, but before he alighted he turned to me and said: "War and Peace only took Tolstoy six years."

Ah yes, Tolstoy. There are many reasons why it took me so long to write my eighth novel, On Hampstead Heath, and not being Tolstoy is one of the main ones. It would be silly to suggest that not being Tolstoy came as a sudden revelation. After all, I'd spent my entire life not being him. But a year or so into writing the book, what had been a nagging concern at the back of my mind since I first set out as a writer became a paralysing obstacle. I would sit there, gazing at the screen and those perfectly good words arranged into perfectly good sentences, and I'd ask myself, why? Why was I adding more of the same to a world already overflowing with those perfectly good words formed into perfectly good sentences? There had to be other things I could do, other jobs where I wouldn't constantly be measuring myself against impossible standards?

Possibly. But what I discovered, in the barren weeks that followed, was that the only thing making me more miserable than writing was not writing. And I was miserable. Not only that, but I was making everyone around me miserable too. But was that a good enough reason to write? 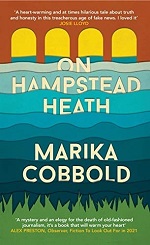 So I thought of all the books that I'd read and loved, books that had enlightened as well as delighted me, the vast majority not written by Tolstoy. I thought of how each one of those books had, in its own way, helped expand my horizons, increased my capacity for empathy, told me a little more of what it meant to be human. I looked up some old reviews for my own books, and re-read some of the letters and messages sent to me by readers to whom my books had meant something. And I thought, being good was, well, not bad at all.

But most importantly, the book, that pesky work in progress, had grabbed hold of my heart and my mind and it wasn't letting go. What of the man I'd left in a coma on page 32, the man who was about to wake up and find himself a hero? And the woman who made it all up, for reasons I was yet to discover, what of her? The two of them just wouldn't leave me alone. They popped up at all hours, invaded my thoughts and dreams. They started to bring their friends and quarrelsome relatives. Now there weren't two, or even three of us, in my marriage, but an entire ensemble, and a noisy, attention-seeking one at that. Writing the book was no longer a choice but a compulsion, and compulsion told Tolstoy to go hang. (Her exact words were: "With respect, go hang.")

Try as I might, however (and I tried and I tried, hundreds of discarded pages worth of trying), I couldn't get the story to gel.

Enter Donald Trump, the scariest, most unlikely presidential hopeful in the history of the United States of America, and with him came new words for old vices. Fake News, Alternative Facts: they'd always been there, capable, at their worst, of destroying lives, starting wars, instigating genocide, but now these terms were part of our everyday discourse, challenging my belief in journalism as a force for good. And if I knew one thing it was this: when truth becomes an optional extra, democracy dies.

I made my protagonist a journalist with a passion for truth and, unfortunately for her, gin, and set off from there.

It took me another six or so years, years during which I did not magically morph into Tolstoy, but On Hampstead Heath is here and it's out and, actually, it's not bad.

On Hampstead Heath by Marika Cobbold is out this week (15 April) from Arcadia.