Linda Bennett reports on what has been achieved, and what remains to be achieved, in the shift to open access publishing 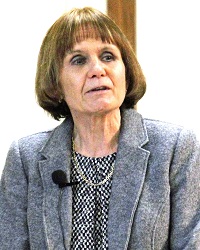 As the open access (OA) movement picked up momentum, there were some watershed moments in the UK: the publication of the Finch Report (2012), which - to the surprise of many - chose the gold "author pays" model (in which the author or his or her institution pays an APC, or Article Processing Charge) over the green free-to-view-after-an-embargo-period model; the ruling by the major funding bodies, including RCUK and Wellcome, that outputs of the research they fund (journal articles and underpinning data) must be published OA and the content made available for re-use; and the requirement of REF 21 that authors' final peer-reviewed and accepted article manuscript submissions must be placed in an open access repository. The last of these supports the green OA model, but without the embargo element.

Developments in Europe were soon to surpass the UK in ambition. The principal research funder in the Netherlands, the VSNU, began to mandate a transition to full OA via "transformative agreements" with major publishers in 2016. In 2017, the Swedish government issued its Government Appropriation Directive to the National Library of Sweden (leading member of the BIBSAM consortium that co-ordinates library spending across the country) that "all scientific publications resulting from research financed with public funds shall be published immediately open access", with a deadline of 2026 for "transitions" with all publishers to be fully realised; also in 2017, Projekt DEAL, a German consortium of libraries and research institutes, set a target of revising licence agreements with major publishers to "bring about significant changes in content access and pricing" of e-journals. Denmark, meanwhile, remains committed to green open access, as do some countries around the world, including the United States until recently (though without consistent policy or a mandate).

Challenging the industry
Despite all this activity, some major research funders across Europe and the UK believed that progress towards attaining full and complete open access to their funded outputs was moving too slowly. Concerns over "double-dipping", and the lack of take-up of initiatives such as membership schemes and the "block grants" from UK HEIs, compounded a view that publishers were profiteering from taxpayer-funded research that ought to be open for all. There is much general recognition that publishers do add value, but the margins and perceived behaviours of some have become polarising elements in negotiations with their stakeholders. The hard reality of adverse macroeconomic factors for higher education has fused with the ideal of democratisation of knowledge (propounded by groups like Unpaywall) to challenge the industry to change - although without concomitant change to the academic incentives that drive ever-increasing research publishing in the first place.

In 2018, the EU Commission created cOAlition S and launched Plan S, which set out 10 main principles intended to achieve full and immediate open access by 2021: "…all scholarly publications on the results from research funded by public or private grants provided by national, regional and international research councils and funding bodies, must be published in open access Journals, on open access Platforms, or made immediately available through open access Repositories without embargo". Key tenets of Plan S are that research must be available via free online access immediately upon publication; be free for sharing and re-use under (ideally) the CC-BY copyright licence; and that publication in hybrid journals is not acceptable unless covered by a transformative agreement.

UK Research & Innovation, allied with cOAlition S, is consulting on its own very similar recommendations at present, with a 2022 compliance target. Separately, the Office of Science & Technology Policy (OSTP) of the President of the United States appears to be preparing a similar position. Some academic publishers felt that Plan S merely formalised the goal to which they were already working, although bringing forward the deadline; others, including the largest, have resisted the mandate, which has led to disputes and ongoing battles that these publishers probably can't win.

Opening up
A benefit of the pressure being applied by funders is that the most enterprising publishers are considering real openness throughout the research cycle - often of more actual value to researchers than the formal published output - and trying to add value in supporting academic dialogue, early findings, failed experiments, supporting datasets and more.

Open access for books has also been experimented with, at first either by small publishers - often new university presses set up for this specific purpose - or via open funding platforms such as Knowledge Unlatched; later by the larger academic publishers themselves. In the UK, the 2027 REF requirements have mandated Green open deposit of accepted book manuscripts; UKRI considers them "in scope" from 2024; and the National Endowment for the Humanities is approaching both authors and their publishers with offers of grant funding to turn monographs OA retrospectively. Nevertheless, a viable OA business model for books does not yet exist.

The conundrum that academic publishers have had to address is how to fulfil the requirements of the mandates, treat their librarian customers fairly, and develop a sustainable business model to ensure their own survival. The "transitional model" agreement with an individual library or consortium is that monies formerly supplied to the publisher for subscriptions and/or APCs should be combined in a single payment that allows readers access to the publisher's content and pays for new articles to be published at the same time. Ideally, no new money will be introduced into the system, though if a per-article APC model predominates, both cost and complexity will inevitably increase. Some publishers allow unlimited new articles to be published within this payment scheme; others put a cap on the number the payment will cover.

Further work needed
The model is simple in principle but needs much work by both publishers and libraries to make it work, and will only be successful if a) it really effects transformation and b) if the author experience is at least as smooth as it was in the old world of subscription funding. There are plenty of issues besides this to address: transitional agreements are not intended to last forever - basing payment on historic spending will not work in the long term; funding streams across institutions are not centralised; big research libraries may not be able to publish all accepted articles if there is a cap on the "publish" element of the deal - and if this happens, who will decide which articles to publish?; metadata capture and workflows are still painfully inadequate; crucially, many academics are still unaware, or shaky on the detail, of what it means to publish open access, and need a great deal of support from librarians and publishers in the form of workshops, online tutorials, etc.; and some confuse OA publishing by reputable mainstream publishers with the "cowboy" publications that proliferated after APCs were accepted as a form of payment, and are therefore hostile to the concept.

Above all, the model must be adopted globally in order to succeed. There may be enough money in the system overall, but its distribution will differ radically under R&P, which has implications for the whole ecosystem. China and the USA lead the world in the quantity of their research output. Neither has a national OA mandate yet - though some American institutions have now signed Read and Publish deals.

The consumer nations, which publish less than they read, should end up paying less - but how will publishers support research outputs from the developing world? In the long term, publishers can't run with two major business models - subscriptions + APCs, and Read and Publish. They need the whole world to get behind the Read and Publish model. Will this happen?

Linda Bennett is the founder of Gold Leaf, a small consultancy which carries out market research and provides business development advice for academic publishers.