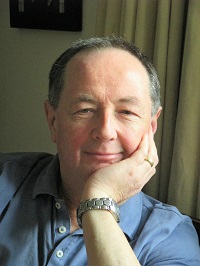 One weekend five years ago my wife and I were invited to dinner by some friends in north London. Let's call them Sam and Nadia. Nadia is originally from Bulgaria.

On our way home afterwards, I happened to look at my smartphone. There, blazoned across the screen, was a weather forecast for Sofia. Why, for heaven's sake? I could only conclude that Google hadn't merely tracked my whereabouts, but in some sense "knew" the people I was visiting had Bulgarian connections.

This trivial incident was really the spark for Coyote Fork. I was already alarmed by the ever-growing impact of the internet on our lives. But the Sofia weather forecast brought home to me the reality of digital surveillance in an entirely personal way.

I knew, then, that I wanted to write a book about the effects of Big Tech. The question was, what sort of book? All my previous novels had been historical, using voices that were appropriate to the periods in which they were set. This, by contrast, had by definition to be a contemporary story - and not just contemporary, but located at the very edge of the present, at the point where it collides with the future. What form would be best suited to it?

Too weird for SF
My first, obvious thought was: science fiction. But that quickly turned out to be a dead end. The more I researched, the more I realised that the science facts of Silicon Valley are already far weirder than anything I could invent.

Take, for example, the ideas of Ray Kurzweil, Google's director of engineering. He predicts that many of us will soon be part-cyborg, a hybrid of human and machine. By mid-century, he believes, we will have reached what he calls a singularity, in which mind and machine will merge, and a computer-based super-intelligence will transform human life beyond recognition. That is the reality for which he and his colleagues - with their ever-more sophisticated systems of surveillance, prediction and manipulation - are actively preparing us. Kurzweil himself has already got the ball rolling, trying partially to resurrect his dead father by uploading data to a computer.

So, forget about the soul, forget about free will: from the point of view of our new tech masters, we are no more than meat computers, which can ultimately be reduced simply to data. All the negative effects we associate with Silicon Valley - electoral interference, fake news, censorship, the destruction of jobs, the viciousness of social media - stem ultimately from that vision.

As the implications sank in, I came to the conclusion that this has to be, overwhelmingly, the gravest existential danger we face. If Dostoyevsky were alive today, I'm certain it's what he would be writing about.

But I still wasn't sure how I should write about it. That only became clear later, after a research visit to the US. It was a strange, unsettling, fascinating trip. It began in the Google office in New York, then took me - via San Francisco - to the capital of Silicon Valley, Palo Alto, and finally through small-town northern California to a tiny, marginalised Native American community menaced by forest fires. 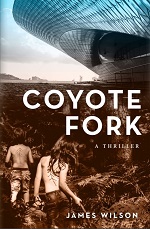 Suddenly, as I headed back to the airport, I had my form. Unlike SF, the detective quest is a genre - as perfected by the master of the Californian private eye novel, Ross MacDonald - that I know intimately, and have always loved. There were strong echoes of a MacDonald plot, not only in my journey, but in the characters and stories I encountered along the way. And MacDonald's dominant theme - the way crimes hidden in the past continue to bubble up in the present, threatening the lives of new generations - mirrored my own growing sense that, to understand what's happening in Silicon Valley now, you have (improbable though it may seem) to track back to the hippy commune movement of the 70s.

MacDonald, too, is a profoundly nuanced writer, eschewing black-and-white moral categories, presenting even killers and thieves as complex individuals, themselves often victims of circumstance. His mysteries always have an explanation, but seldom a neat resolution.

Down these unnuanced streets
My work takes a similar approach. But the digital world I was writing about is almost totally unnuanced - a shrill cacophony of cancel culture, death threats, self-righteous tribalism, cartoon heroes and villains. So, as I homed in on the human truth at the heart of the story, MacDonald was an invaluable guide.

I was lucky to find a publisher who shared the same values. Slant Books started life as a side project of Gregory Wolfe, who founded Image magazine, and made it one of America's most respected arts journals. The name "Slant" comes from an Emily Dickinson quote - "Tell all the Truth but tell it Slant" - reflecting Greg's passionate belief that "Literature thrives on ambiguity." After leaving Image in 2018, he decided to expand Slant into a fully-fledged literary imprint, and - I'm happy to say - selected Coyote Fork for the first year's list.

I've been very gratified by the generous responses from early readers of the book. But the two that have pleased me most are Tara Isabella Burton's - "A slickly effective, tightly-written neo-noir that successfully reimagines that genre's fatalist vision of human depravity into the no less cynical era of social media" - and Tobias Jones's: "A Ross MacDonald novel for the 21st century: hard-boiled and fast-paced, but profound and philosophical too. I loved it."

I can't ask for more than that!

Coyote Fork by James Wilson is published by Slant Books on 5 November.