Three-book series kicks off with Eddie Albert and the Amazing Animal Gang: The Amsterdam Adventure: 'this will be a classic for generations to come' 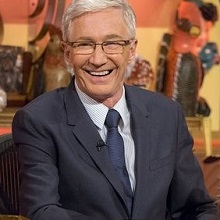 Paul O’Grady has signed 'a major multi-book deal' with HarperCollins for his debut children’s novel, and first book of a planned series, Eddie Albert and the Amazing Animal Gang.

The first novel, Eddie Albert and the Amazing Animal Gang: The Amsterdam Adventure, will publish on 16 September 2021 in hardback, with a simultaneous eBook and audio voiced by the author.

According to the acquisition statement: 'Unbeknownst to anyone, somewhat-unhappy and never-quite-fitting in ten-year-old Eddie Albert can speak to animals, including his pet dog Butch, his hamster and his two goldfish (who claim they were once pirates). When Eddie is sent to stay with his eccentric aunt in Amsterdam, he discovers that she too has this gift. So begins a breathless cosmopolitan comic-crime adventure, as Eddie, Aunt Budge, his new friend Flo and a whole gang of amazing animals take on the most dastardly villain since Cruella de Vil, in a desperate race against time to save one of their own.

'Both contemporary and classic, Eddie Albert and the Amazing Animal Gang is a cinematic adventure packed full of friendship, animals, action... and always, of course, a wicked sense of humour. After his stellar track record in adult publishing, it establishes Paul as a hugely exciting new voice in children’s fiction.'

O’Grady (pictured) said: "I’m delighted to be working with HarperCollins Children’s Books and I’m excited to be launching Eddie Albert and the Amazing Animal Gang this autumn. I’ve never written a children’s book before, and I originally wrote this for my own amusement and hadn’t really thought about publication – it was just something to occupy the time during lockdown.

"However, as the story progressed, I found myself becoming quite passionate about these characters, both animal and human, and found that in the storytelling I hoped that I could get a subtle message across that – just like us – all animals have feelings and deserve love and respect, but unfortunately there are some humans who don’t see it that way. Eddie Albert is a smashing little lad, who, despite all the rotten hands that life has dealt him, comes up trumps in the end. I’ve become fiercely protective towards this brave little fella and I hope that readers will enjoy reading about his exciting, not to mention dangerous, holiday in Amsterdam."

Murtagh said: "I am absolutely delighted that we are publishing Paul’s wonderful children’s books. He is a born storyteller, and from the moment we started reading Eddie Albert and the Amazing Animal Gang, it made our hearts sing with its spectacular and effortless blend of comedy, action and emotion. The delightful characters and story will be cherished and loved by today’s readers – and will continue to be treasured in the future, because we are certain this will be a classic for generations to come."