Publishing: breaking down the barriers to entry

Jason Bartholomew introduces the 'Get a Job in Publishing' conference, taking place in Manchester on 27 April 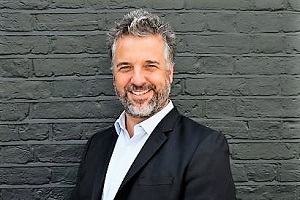 Comma Press, the Northern Fiction Alliance and the Bks Agency are to hold a "Get a Job in Publishing" conference on Saturday 27 April at Manchester Metropolitan University. The conference takes place in association with the university and with the Publishers Association.

The speakers will include Jason Bartholomew, James Spackman and Jessica Killingley (founders of the Bks Agency), as well as Hachette Children's CEO Hilary Murray Hill, Sara Hunt of Saraband, and Katie Brown of Trapeze (Orion).

Tickets are being sponsored for those on low incomes by the Literary Consultancy, Kit de Waal, AM Heath, Hachette, Manchester University Press, Jo Unwin, the Society for Editors & Proofreaders, and others.

Jason Bartholomew writes
Publishing has always had a reputation as an industry with restrictive barriers to entry. Whether that includes an author desperately trying to get their book published with the strictest of gatekeeping; to low entry level salaries for an industry centred in the UK's most expensive city; to those candidates who might not have a university degree; to people of diverse backgrounds who might feel underrepresented in the book world: one could argue publishing deserves its unfortunate reputation as being a tough industry to crack.

And yet, like others, I was someone who "fell into" publishing, where I didn't see myself as belonging. I didn't start to read for enjoyment until my teenage years, and I didn't even know what publishing was until my mid-20s. I went to a small university in Georgia, and in my second year was expelled - for reasons I'll keep to myself. I then wandered aimlessly for a while, working at a variety of jobs that did not require a university degree - cook, landscaper, cashier in a grocery store, digging up roads for cable TV, door-to-door knife salesman. I eventually found my way back to a university (that would have me), after which I moved to New York, where an unsuspecting soul offered me a role as a subsidiary rights assistant at Little, Brown.

Even when I accepted the job - my first ever office job - I had absolutely no idea how publishing worked, or indeed what the word "subrights" even meant. I had not been the best student, my degree wasn't sparkly, I had a black mark from my first university, and my employment history was chequered. Yet I managed to break the barrier to entry. I quickly noticed, however, that I was one of the few of my peers who did not attend an Ivy League school.

"We need to fulfil our best intentions"

Now, when I have been 25 years in publishing, there is an increasingly urgent conversation about advancing the diversity of authors and industry employees. (It should be noted, for the purpose of this article, that diversity in this sense can be applied across - but not limited to - race, gender, age, sexual orientation, academic background, and social status.) The US is slightly ahead of the UK market, in that for many years now New York publishers have had dedicated imprints catering to African-American, Jewish, and Spanish-speaking audiences - to name a few examples. Now, the UK industry is introducing new imprints, and publishers are looking for more diverse markets. This is a huge step in the right direction, of course, after years when the industry was seemingly filled with former Oxbridge students publishing books by authors who most likely attended Oxbridge, and who were writing books relevant to - and primarily sold and marketed to - a well-educated, book buying audience.

We are right to be worried about this echo chamber. What a shame that it exists in a well-intentioned industry run by well-intentioned people who often pride themselves as champions of creative thinking that challenges the status quo.

We simply need to fulfil our best intentions. I want to see a rainbow range of editors with diverse backgrounds acquire authors who never believed they could be published, and who are broadcasting points of view that challenge the norm. Once we can truly incorporate that as part of the fabric of our companies, from our authors to the staff we employ, then publishing will truly be a thriving industry where the barriers of entry cease to exist.

This will be the second "Get A Job in Publishing" course James, Jessica, and I have run. We started it with the idea of giving young people - those who might not be able to afford a Master's degree in publishing, those who never thought they'd have a shot at getting into the industry, and those who think they don't have the right degree to land a job in the industry - a crash course and insider's knowledge into how the industry works.

At its core, it is a nuts and bolts course designed to help candidates get a leg up in the interview process. Beyond that, though, our deep hope is that we might be able to inspire a diverse range of potential candidates to consider publishing as a career path. If our course can break down the barriers to entry for even just one individual, we will feel that we have succeeded.