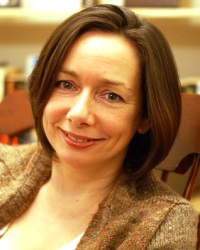 Writers face an array of publishing options today. As routes to market proliferate, so does the pressure for the whole industry to up its game.

Amazon has an array of imprints, of which Kindle Press is effectively its digital-first line, acquiring ebook and audio rights. Its submission process is a month-long campaign on Amazon's Kindle Scout platform, where authors tout their work to prospective readers. Before you curl your lip, let me explain why this is very, very clever. It works hard and effectively, not just for Amazon, but for writers.

Kindle Scout is marketed as "reader-powered publishing" and to some extent this may be true. Writers submit their novels, complete with cover and tightly circumscribed blurb and marketing material. Amazon checks that the books don't contravene any prohibitions, but makes no initial judgement, it would seem, about quality. It then uploads them for 30 days, during which time the writers market their books using Amazon's shop window.

As a debut novelist who turned down an agented traditional deal because it promised little money and no editorial control, I decided to use this marketing opportunity for all it was worth to reach new readers in the world's biggest bookshop. I could use Scout to maximize my marketing efforts and, if selected, I would be contractually obliged to let Kindle Press buy my ebook and audio rights in return for a $1,500 advance, a decent marketing commitment, editing, and a 50% royalty rate. That deal doesn't stack up at all badly against many traditional deals currently offered to debut authors.

On top of that, Amazon is savvy. Its "reader-powered publishing" rewards customers for showing an interest in new products by giving them a free copy of any book they supported that is selected for publication. And it rewards writers for marketing their books - and in doing so, other Amazon products - by making the books visible on its "hot and trending" list.

The books KP buys are selected by its editorial team - and statistics gathered by two-time Kindle Scout "winner" Lincoln Cole suggest that the numbers of reader views don't have much weight in the selection procedure. Instead, the Kindle Press team is looking for what all publishers seek - a saleable book that's of good quality, bang on genre and with a motivated, smart author. In short, a book it can make money from. So far KP has published over 200 books since October 2014.

KP's capital outlay per novel, therefore, isn't huge; anecdotally, it would seem as though most books more than earn out their advances. Some are propelled to bestseller status, such as Rick Pullen's Naked Ambition, which was rejected 38 times by traditional publishers and went on to sell 20,000-plus copies in its first few months. KP runs regular promotions, including Bookbub and other marketing.

The most surprising - and, honestly, impressive - aspect of the system, however, is the rapid, automated process. My YA thriller, The Devil's Poetry, was sold to KP on 21 March. More than 3,000 readers had visited my page, and those who voted for the book received an ARC. I had 30 days to send in a final manuscript (I took five). It was edited by Kirkus - to which KP outsources its editing - within one month. KP assessed whether it needed a new cover, and three weeks after I had turned in edits the book had a 30-day pre-order window and a launch date. It's already in the pipeline for promotions at the 60-day mark. It garnered dozens of glowing reviews within two weeks of the pre-order page appearing.

For a professional writer, this is enormously attractive. I subbed my book to KP on 8 February. It goes on sale on 13 June.

Of course there will be limitations and downsides to the KP experience, as there are with all forms of publishing. Not least that I won't see my book in most bookshops. The publishing world should take note, however. When I subbed my book I had no less than four successful - by which I mean there is a good chance you'd have heard of them - writers ask me whether they should Scout their novels.

There are lots of reasons for this. The first is we all have a book somewhere that our agent or current editor didn't want. The second is that writers are pursuing increasingly complex career paths. Most Kindle Press authors appear to have been successful self-publishers or hybrid writers (a mix of self-publishing and traditional deals). While you do see some poor offerings on the Scout pages, mostly the writers who are selected are very professional in their writing and their marketing. They also bring the best of the indie community with them - a fearsome ability to market collaboratively.

Jacqueline Ward, MBE, put a police procedural into the Scout programme last year and then the sequel, selling both to KP. She says: “The Kindle Scout experience has launched my writing career. I already had a speculative fiction novel published. But the publication of Random Acts of Unkindness in June 2016, and its subsequent Amazon UK top 50 success, has brought my work to the attention of UK agents and publishers.” Ward now has a two-book deal with Corvus (Atlantic), and her novel Perfect Ten launches in spring 2018.

It is tempting for traditional publishing to write off a process like Kindle Scout. But it would be a mistake not to learn the lessons it can teach us: speed to market, the use of pull marketing to entice readers to new writers, and the way in which well-remunerated writers invest heavily in their own marketing - a win-win for publishers.