Simon Scarrow, author of the bestselling Eagles of the Empire series, on his transition to historical crime 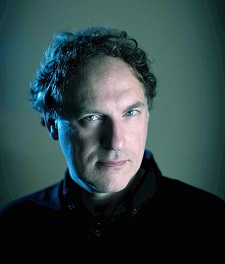 I've had a lot of fun writing the Roman era Eagles of the Empire series during the past 20-plus years. But I always like to try something new, and a crime series - set during the Second World War - has long been in the back of my mind.

The initial idea for the Blackout series was to write a novel about a police officer sent to Alderney to deal with a mysterious spate of killings. From this, my protagonist criminal inspector Horst Schenke was born. I then got to pondering what kind of events might have led to Schenke being given such a challenging assignment.

One of the great attractions of writing historical fiction is that the very best stories are there in history, and so it was that I came across a reference to a spate of real-life murders that took place on the Berlin rail network shortly after the outbreak of the Second World War. After further research, I realised that this would be a fascinating first big case for Schenke to solve.

Beyond the stereotypes
There are of course pitfalls in writing about this era. The history of Nazi Germany is so embedded in popular memory that it has set in concrete a number of stereotypes. The film industry and generations of adventure writers have left a heritage of sinister, goose-stepping, salute-snapping, heavily accented Germans that I had to sidestep in order to achieve a more accurate rendition of life in Germany under the Nazi regime. There is also a perception that the Nazis ran Germany with ruthless efficiency. While that is true in some respects, any research into the period reveals that there was also a vast amount of chaos and corruption. 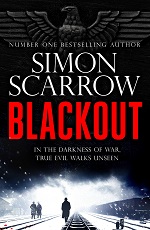 There are so many aspects to the era that make for a great setting for the story I wanted to tell. There are the powerful factions that formed around key figures in the Nazi hierarchy, each going to great efforts to undermine the others, even when they weren't duplicating work. Then there are the absurd lengths to which the regime went to impose its half-baked racial ideology. It was argued that since Aryans were the master race, it followed that Aryan art, Aryan music and Aryan science were superior to those of other races. Accordingly, there were serious attempts to come up with an Aryan version of physics that was superior to Einstein's "Jewish" theories.

It is in the field of law that the corrupt heart of the Nazi world view is best displayed. From the start, Hitler and his followers had nothing but contempt for the rule of law, and as soon as they seized power they ceased paying more than lip-service to it. Corruption was rife. Any court rulings that clashed with the values of the Nazis were denounced as anti-German, and the increasingly reactionary judiciary were content to dismiss murder charges against party members on the basis that the perpetrators were merely carried away by their zeal for the party's principles. In most cases the Nazis tested the waters to see what they could get away with before liquidating political opponents and people with physical and mental disabilities, forcibly sterilising people of mixed race, and perpetrating myriad abuses against the Jews - abuses that started years before they murdered them in their millions.

The more one researches the Nazi regime, the more one realises that it was little more than a tyranny run by criminals who attempted to justify themselves in terms of the most spurious narratives of racial superiority and historical inevitability.

Good man in an evil time
Given the context, I wondered how a moral individual, with a profound respect for the rule of law and imbued with the professionalism of the Criminal Investigation department, would be able to carry out his duties. Particularly if his lines of investigation crossed any of the jagged contours of the political landscape that overlaid almost every aspect of social organisation in Germany. For a man like Schenke, the platitude of treading on eggshells was more like tip-toeing barefoot across a plane of broken glass. Any investigation he undertakes is inevitably going to be a matter of balancing the need to solve the crime with the danger of crossing the path of a party functionary. At the same time, he must be wary about what he says in front of his colleagues. Only the closest allies may be trusted with guarded comments. When people were regularly sentenced to death for making jokes about the regime, even a careless word could be fatal.

This is the world of criminal inspector Schenke. Blackout and the unfolding series will follow his efforts to trace the narrow and perilous path he must pursue to serve justice against the backdrop of the victories, defeats and annihilation of Nazi Germany. And he will find his way back to Alderney in the end. One way or another....

Blackout by Simon Scarrow will be out from Headline on 18 March.