The former Gollancz publisher has his own imprint in Ludlow 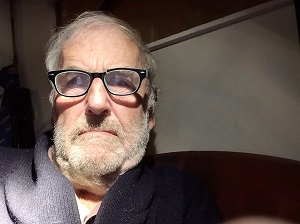 Describe your current job
At the moment, trying to sell a beautiful local history I've just produced, The Broad Gate: A Ludlow House and its Inhabitants by Valerie Thomas.

What was your first job in the book industry?
I was a junior editor at Heinemann in Queen Street, Mayfair, in 1962.

Who has been the most influential person in your career?
There have been a few, including Paul Elek [of Paul Elek Publishers]. He taught me to go out there and find authors and projects and pictures when you have small resources (in his case, it was a crushing bank overdraft). Liz Calder was the greatest. Victor Gollancz was a publishing genius and one man tornado. He could dine on sardines if the going got difficult, otherwise it was the Savoy Grill.

How has the industry changed since your first job?
Fewer independent booksellers. Book clubs gone. Hardback publishers used to keep 50% of paperback royalties, but that is over. Agents are more powerful and less casual. Sales departments are more controlling, editors are in more subordinate roles.

Corporate publishing tends to discourage creative or visionary initiative. The old individual publishers used to take on what they wanted to publish and kept a green baize door between themselves and the sales department. Now there is no such barrier, and commerce is the name of the game. There are still some excellent publishers with small lists, I would mention Allen Lane for example. Hardback backlists seem difficult to maintain but I proposed a book to Thames & Hudson long ago which has been in print for nearly 50 years. Some can do it.

What's the biggest challenge in your job?
Finding talented authors, preferably without agents.

What's the best piece of book-related advice you've ever been given?
"Anticipate disappointment but do not rule out the possibility of a surprise", from The Truth about a Publisher by Stanley Unwin.

What are the most interesting things you're seeing at the moment in the industry?
Talented entrepreneurs in children's books. The decline of reviewing and print media. Online promotion. Self-publishing, mostly indifferent.

How do you think the industry will come out of the Covid-19 crisis?
Some publishers and booksellers have done well in the Covid crisis. Cheap used books have sold strongly and so have backlist titles, but decluttering during lockdown has swamped Oxfam with unwanted books. Maybe pulp is the next big thing. The effect of Covid emphasises the need to keep abreast of modern technology as a means of promotion. Finally, the high street isn't such a good place to be as it was.

What do you most like doing when you're not working?
Growing things.

What is the best book you've read in the last year?
Olive, Again by Elizabeth Strout.

What are you reading now?
Rumer Godden: A Storyteller's Life by Anne Chisholm.

How do you like to read: on screen, on paper, or do you listen to audiobooks?
Paper only.