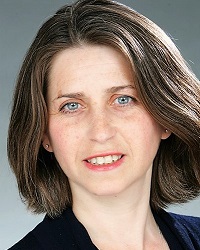 What is your job?
I'm Managing Director of Kogan Page, a 52-year old independent publishing company specialising in business and management for trade, professional and academic communities.

Who has been the most influential person in your career?
Without sounding obvious, my father, who started the business in 1967. We have had different approaches to running the business, but there is no doubt his entrepreneurship and willingness to take risks have been major influences on me. He started the business with direct marketing campaigns to specialist communities before expanding into the trade - so what goes round comes round!

How has the industry changed since your first job?
I first came into the industry in 2000, having been a journalist for the previous decade. It was a time of unprecedented change, with the first ripples of online retailing impacting the bricks and mortar retailers, along with the recognition that new print technologies and publishing information systems would inevitably affect work processes. Social media was also in its infancy as a business tool but very quickly began to present itself as a very real opportunity to engage directly with communities of readers.

The supply chain has become incredibly efficient with the ability to get books into the hands of readers anywhere in the world, but the emphasis on discoverability is now firmly with publishers rather than with the retailers. This has meant that publishers simply can't take it for granted that they will reach readers through traditional means, and publishing success is now dependent on good data analysis, joined up content and marketing strategies, and an openness to have direct engagement with readers. Authors also expect support in completely different ways, and much of what we deliver is about adding value to their personal brands through social media platforms, optimisation of their IPs in different formats, and ensuring that they have global visibility.

What's the biggest challenge in your job?
Trying to keep on top of technological changes and second-guessing the impact of political and economic changes certainly keep me on my toes. We publish a lot in the area of how to run businesses and make informed decisions in a VUCA world, and I've been very lucky to have access to some great authors and content which has really helped my own decision making. However, working out what is relevant and important is a real challenge in a very noisy space. At the moment we, along with everyone else, are trying to work out what the implications of Brexit are likely to be on the business and have prepared as much as we can; but, of course, this presents an enormous challenge to anyone involved in global trading.

What's the best piece of publishing-related advice you've ever been given?
The publishing sector is incredibly generous with support and advice, and I've had many great pieces of advice over the years from peers and colleagues. I guess the most memorable has been handed down to me by my father, which is about not being afraid to try something new but if it doesn't work to move on quickly. Innovation is the heartbeat of publishing - and something as a sector we are often accused of not embracing enough - so I think the message that you should learn to "fail fast" is a good one.

What are the most interesting things you're seeing at the moment in the industry?
Developing IP into a range of different formats has become so much easier. For example, audiobooks used to be expensive and difficult for publishers to produce, but this has fundamentally changed in recent years and the impact of this has been the recent stunning growth of this sector. KP launched its audio list this year - it would have been near-impossible five years ago. Other formats such as online courses have become easier to produce to accompany books, as have video content and podcasts. All of this means revisiting what, as publishers, we can offer authors and how to refine which new areas we should be investing in. It's an incredibly exciting time to be in publishing!

What do you think might be the next big thing?
Artificial intelligence will impact a whole range of things from the way books are purchased (voice activated assistants as just one example) to the way processes and workflows will change.

"I am a long-suffering Spurs fan"

What do you most like doing when you're not working?
My guilty secret is that I'm a long-suffering Spurs fan. (Unfortunately, my husband is Man City and my children both support Arsenal, which leads to some interesting weekends.) I really enjoy going to our brilliant local theatre - Park Theatre in Finsbury Park - and Sadlers Well for dance. At the end of the day though there's nothing better than meeting up with friends over a bottle of wine and a meal.

What is the best book you've read in the last year?
I really enjoyed William Boyd's Love Is Blind and of course our Business Book of the Year Award winner The Leadership Lab by Chris Lewis and Pippa Malmgren. John O'Farrell's book Things Can Only Get Worse? really struck a chord with me.

What are you reading now?
I've got a few books on the go at the moment. Power and Protest: The Battle for the Labour Party, written by my brother David Kogan (published by Bloomsbury), is a must-read for anyone interested in politics (but I would say that, wouldn't I?). I have also started Paris Echo by Sebastian Faulks, and once I've finished those will get onto The Age of Surveillance Capitalism (Shoshana Zuboff), which looks fascinating.

How do you like to read: on screen, on paper, or do you listen to audiobooks?
I tend to read on screen, as I often read on the hoof and it's the easiest way to transport books, although you don't get that fantastic new book smell when you first open it up - maybe that will be the next innovation for mobile devices?
@koganh
Share on Facebook
Share on Twitter
Download PDF