The former Gollancz, HarperCollins and Orion publisher, now at Andre Deutsch, contributes to our Q&A series 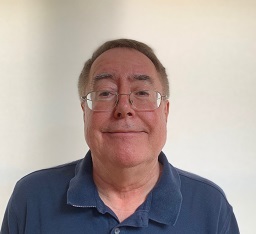 Describe your current job
To identify titles to reissue from the Andre Deutsch backlist and to acquire a select list of new titles.

What was your first job in the book industry?
Copy editor at Victor Gollancz Ltd, working on all kinds of titles, fiction and non-fiction. Very good training. My first actual task was sorting out the poorly arranged index of a book of German lieder (I speak no German). I worked for Livia Gollancz and for Kevin Crossley-Holland (who much later became an Orion author).

Who has been the most influential person in your career?
I'm not sure I've been particularly influenced by anyone, but I'll name an agent: the late great Abner Stein, who was the first agent to invite me to lunch when I was a very junior editor and he was already a towering figure. I learned a lot about negotiating from him. And the lunches, of course, were legendary...

How has the industry changed since your first job?
Well, Gollancz when I joined in 1976 had possibly more in common with Victorian publishing than with the industry today, so out of all recognition. It wasn't quite Dickensian, but Dickens would have recognised the office decor.

What's the best piece of book-related advice you've ever been given?
When considering a new submission, read the words in front of you. Don't get carried away by the hype.

What are the most interesting things you're seeing at the moment in the industry?
The most interesting thing to me is the way in which giant international publishing corporations are furloughing their staff so that we - the taxpayers - will pick up the bill. Everyone has an opinion about Richard Branson asking for a bailout for Virgin, but what about Bertelsmann, Holtzbrinck, News International, Hachette?

How are you coping with working from a home environment?
Quite well, I think. I've always been pretty self-contained and MS Teams works well in keeping the office running.

How do you think the industry will come out of this current Covid-19 crisis?
In a huge burst of pent-up energy. Let's hope the book buyers are still around.

What do you most like doing when you're not working?
Other than the obvious (family, friends and exotic holidays), following the ongoing tragicomedy that is the story of Sunderland AFC.

What is the best book you've read in the last year?
A novel I'm publishing by an American writer new to the UK, David Joy: When These Mountains Burn, best described as Appalachian Noir.

What are you reading now?
One aspect of publishing which doesn't seem to have been affected by lockdown is the volume of submissions, which uncannily expands to exceed the time available to read them...