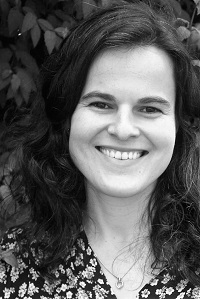 "Where did you get the inspiration for your novel?"

It must be the most common question that readers ask of authors, but I often find it the trickiest to answer. A full reply would begin in my infancy and ramble on speculatively until everyone died of boredom, so I've learned to have a concise answer at the ready instead.

In the case of my second novel The Whispering House, the concise version says that it all began with a visit to a National Trust property in Devon called "Greenway" - the former holiday-home of Agatha Christie. The 18th-century house with its beautiful gardens tumbling down to the River Dart became fictional Byrne Hall, with its beautiful gardens tumbling down to the sea. This is perfectly true, as far as it goes: I did love the idea of writing a suspense novel in which serene exteriors are paired with sinister interiors, and it was Greenway's connection with Christie - the mild-mannered woman with the dark imagination - that first pulled my thoughts in that direction. 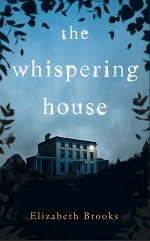 Another true answer, but one that's more difficult to trot out smoothly, is the inspiration I drew from my own family's past - specifically my elder sister Rachel's mental illness and suicide.

It sounds disingenuous to claim that when I began writing about Stella (the troubled elder sister in my novel, who may or may not have taken her own life) and Freya (the younger sister who struggles to come to terms with this) I did not intend to draw parallels with my own experience - but that's how it was. The plot required two female protagonists with a close bond, and inventing two sisters seemed like an obvious way to achieve that. Character-wise, Stella and Freya bore little or no resemblance to Rachel and me, and I assumed that would be enough to distance their story from ours. I thought that my main interest lay with the suspense elements of the novel: the toxic love affair, the creepy old house, the secrets hidden in the attic.

When it comes to creativity, I'm always taken aback by the subtle workings of the subconscious mind: it contributes so much, so discreetly. It's exciting - even a bit frightening - to stand back from my own work and think, "Oh my goodness, so that's what I was really writing about, all along!"

When my sister died of an overdose 15 years ago, I effectively refused to face it. I was a young mum with a toddler on my hands, and there was an exasperated part of me that thought, "Not now! I haven't got space for this, either in my head or my heart." Perhaps the only way I could deal with it - in as far as anyone can ever "deal with" a beloved sister's suicide - was many years later, obliquely, through the prism of fictional characters and a fictional story.

Spitting it out
Suicide complicates grief in the oddest ways. Even once you've accepted that mental illness is as real a condition as, say, cancer, you can still be bewildered by the ways in which it tangles with its victim's personality. Suicide can feel like rejection, even if it isn't, and it can provoke bitterness, even when it shouldn't. Some of Freya's emotions in The Whispering House border on the offensive. This, for example, is Freya's twisted take on sibling rivalry: "I hold tight to her arm and press my cheek against her bony shoulder as we walk. It's stupid to envy someone who is lonely and disturbed, but I do envy Stella. I would like to be enigmatic too. I'd like to think there were people out there, lying awake at night, pondering the mysteries of my soul." I had attention-seeking thoughts like this when my sister was unwell, taking up all my parents' time and head-space, but I couldn't have voiced them. It was so cathartic to let Freya spit it out, onto the page.

I often seem drawn to write about gothic houses; they strike me as a rewarding way to explore the mysteries of the human psyche. As far as The Whispering House is concerned, what started as a simple tale of suspense (did Freya's sister die at Byrne Hall and was it suicide?) became much more interesting to write, and hopefully to read. The questions deepened, and I found myself asking, “Who were these sisters? Why did Stella die? What is the nature of the darkness at the heart of Byrne Hall?"

The book begins with Freya trespassing inside Byrne Hall and discovering a mysterious collage made up of tiny scraps of paper, which appears to be a portrait of Stella. On a superficial level this is a plot device, but it's also emblematic of the surviving sister's task: to piece together a picture of the young woman she mourns so deeply, and to make something whole out of all the scattered pieces.

The Whispering House by Elizabeth Brooks is published by Doubleday.