Screenwriter RJ McBrien soon encountered problems such as: how do you write a credible backstory without sacrificing pace? 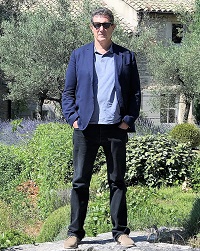 Four years ago, after several decades writing for TV and film, I decided to attempt a novel, something I had always wanted to do but feared to start. The idea for Reckless came from a magazine article about agencies that arrange discreet affairs for the happily married. I was immediately drawn by the contradiction in that idea, but worried if I was capable of turning it into a novel rather than a screenplay. Although I have read hundreds if not thousands of novels over the years, I had never tried writing one. Would the skills be transferable?

Films are about 25,000 words, with TV shows half that. A novel is five times longer. The first draft of a script takes just a few weeks; a novel, years. It was a daunting prospect. Familiar with plot-driven narratives, I gave myself a head start by opting for a genre piece, inspired by examples such as The Girl on the Train and Gone Girl. Surely it would just be a case of imagining the story as a film, then describing everything in prose? It turned out not to be quite so easy.

Reckless focuses on a 47-year-old woman - Kirsten - who tries to keep a successful if sexless marriage together by having an entirely physical affair on the side. To keep things intriguing, I also wanted a crime element - an unexplained death. Which is when the problems started.

Kirsten's decision to have an affair is clearly odd and, to make this credible, I needed to explain how she came to that point. This meant a lot of story before she made the leap, and even more before the crime elements came in. Early readers felt the plot took forever to get going and urged me to make it faster.

"I tried chopping out the first few chapters, but then Kirsten's decision seemed to come out of nowhere"

I tried chopping out the first few chapters, which helped with pace, but then Kirsten's decision seemed to come out of nowhere. I tried starting with the death and flipping back to the beginning, but that felt like a cheap trick. In a film, a couple of flashbacks would have sufficed, or maybe a pre-credit sequence to show Kirsten’s normal life before the sky fell in. In a novel these devices do not work so well. Readers expect a depth and insight which they do not miss in a 90-minute movie. 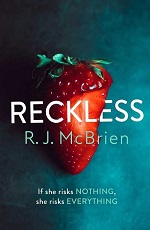 After many wrong turns, I hit on the current solution: to intersperse early chapters with a series of police interviews that follow their own time scheme. These are set ahead of the main narrative, which only catches up in the book's last section. It keeps the investigative element in the foreground and has the advantage that the reader knows things which the central characters don't. The idea was to add tension and intrigue, and make the reader work hard to figure out who knew what and when. For me, this puzzle element is at the core of many successful crime stories.

I also struggled with the end. I feel the function of plot is moral - it is there to place characters under pressure and then watch what they do. Their decisions both define who they are and what the story is ultimately about. Which is why endings are so tricky to get right and so satisfying when they work.

Reckless has a series of twists, culminating in one major one that, I hope, is unexpected. I was used to working on the mechanics of plots, having written on shows such as Spooks and Wallander, and felt, after many months of wrangling, that this side of the story more or less panned out. But somehow the ending, while making logical sense, still didn't land, and I couldn't understand why.

It took my brilliant editor, Niamh Mulvey, to identify the problem. She explained that after characters have been through a harrowing plot, we need to see that not only have they changed, but they emerge with a sense of agency. Her insight was spot on, and I was - eventually - able to come up with a conclusion which I hope is satisfying both mechanically and psychologically.

I had always been keen to tell the story from the point of view of a woman, since I felt this would be more interesting. In a film, that would be easy - you simply describe what your character does and rely on the actor’s skill to fill out the rest. In a novel you have to inhabit the psyche of your hero, particularly when writing in the first person. I won’t deny this was a challenge, and I am very grateful to all the women who read the book in early drafts and pointed out my numerous mistakes. If Kirsten even vaguely sounds like a real woman, it is largely thanks to them.

The one thing I have learned from this experience is how technically demanding crime writing can be. It isn't enough to have a good story, one also needs pace, a satisfying ending and credible characters who develop in interesting and believable ways. Then you have to write the damn thing. Whether I have managed to pull any of this off, I don't know - that is for you, the reader, to say...

RJ McBrien has been a screenwriter on series including The Bill, Spooks and Wallander. His debut novel, Reckless, is published by Welbeck on 22 July.