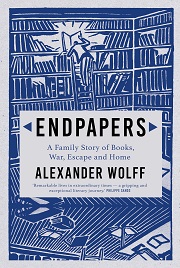 In 1913 the Bengali poet Rabindranath Tagore became the first non-European to win the Nobel Prize for Literature, and the Kurt Wolff Verlag eventually sold more than a million hardcover copies of a collection of his work, turning it into an under-the-Christmas-tree staple throughout Germany. In a January 1914 diary entry, Robert Musil, an Austrian writer in Kurt's stable, described the man presiding over it all: "Tall. Slim. Clad in English gray. Elegant. Light-haired. Clean-shaven. Boyish face. Blue-gray eyes, which can grow hard."

Kurt's firm seemed to be making its way without having to compromise. "The house often functioned more as a patron of the arts than according to commercial calculations," remembered Willy Haas, who joined Werfel and Hasenclever as a Kurt Wolff Verlag reader in 1914. Kurt had no interest in a kind of publishing where "you simply supply the products for which there is a demand", he would write, the kind where you need only "know what activates the tear glands, the sex glands, or any other glands, what makes the sportsman's heart beat faster, what makes the flesh crawl in horror, etc". My grandfather held fast to another view, a luxury he could afford, but that would later make his row tougher to hoe: "I only want to publish books I won't be ashamed of on my deathbed. Books by dead authors in whom we believe. Books by living authors we don't need to lie to. All my life, two elements have seemed to me to be the worst and basically inevitable burden of being a publisher: lying to authors and feigning knowledge that one doesn't have... We might err, that is inevitable, but the premise for each and every book should always be unconditional conviction, the absolute belief in the authentic word and worth of what you champion."

In the summer of 1917, Franz Kafka tentatively asked how much support he could expect from his publisher if he were to take a three-way leap of faith: quit his day job as a civil servant, get married, and abandon stultifying Prague for the Berliner Luft. "To be sure, I will not depend entirely on the proceeds of my writing (or so I still have reason to believe)," he wrote. "Nevertheless I - or the deep-seated bureaucrat inside me, which is the same thing - have an oppressive fear of this future. I do hope that you, dear Herr Wolff, will not quite desert me, provided of course that I halfway deserve your kindness."

Kurt reassured him. "As far as your plans for the future are concerned, I wish you all the best, from the bottom of my heart," he wrote back. "It is my sincerest pleasure to assure you that both now and after the war is over you will receive continuous material support; we will certainly have no trouble working out the details."

It was a brazen promise, all the more so because Kurt of all people knew of Kafka's fragile artistic constitution. World War I introduced further variables. "While people feared that the coming winter would bring the chaos of hunger revolts, he was promising an author like Kafka, who still lacked widespread name recognition, very costly deckle-edged paper and half-leather covers," the Kafka scholar Reiner Stach points out. "The delighted author understandably hoped it could be accomplished, but the publisher's optimism was downright reckless."

"You really have to scream," Kafka would write a friend in December 1918, "to be heard by a publisher drowning in authors".

[After the First World War] Kurt began to choose titles that were more bourgeois and less adventurous. He shut down Der jüngste Tag and threw his house open to European writers, not just German ones. All good as it went, but crotchets and peeves sometimes rushed in where sure-handed seismography once prevailed. In 1920, when a "Professor James Joyce" offered him the German rights to a novel that was probably A Portrait of the Artist as a Young Man, Kurt wondered who "this idiotic 'professor' who has written me from Trieste in bad German" could be. Forty years later my grandfather confessed, "If the Kurt Wolff Verlag had published an early book by Joyce, it would certainly also have acquired Ulysses, the most important work to be written in English in our century."

In Munich he turned more often to the arts, to painters of Der Blaue Reiter (the Blue Rider), such as Paul Klee and Wassily Kandinsky, whom he had begun to patronise before the war. During his exile to come, Kurt would pawn some of their works to support himself and his family.
Carrying a payroll of one hundred, the firm in 1923 began steadily shedding staff. "The times are bad," Kurt wrote his mother-in-law, Clara Merck, that June, "and the publishing business accords with the times." Kurt started to hedge his bets.

Instead of the new, he published more of the tried-and-true, including authors from countries with which Germany had just been at war - Emile Zola and Guy de Maupassant, Maxim Gorky and Anton Chekhov, even Sinclair Lewis. Hoping to become less dependent on the fragile German economy, he founded a house in Florence, Pantheon Casa Editrice, the first pan-European firm to specialise in art books. He brought out volumes with text in five languages, cutting deals with foreign publishers to share costs. But the uncertainty of the times left even wealthy continental book buyers reluctant to spring for lavish editions, and rising nationalism began to subvert the cosmopolitan assumptions at the heart of these copublishing arrangements. The firm's prewar reputation as safe harbour for avant-garde playwrights, poets, and authors of fiction vanished as these kinds of writers seemed to disappear too. As the worst of the hyperinflation set in, Kurt paid his staff daily, so that, he wrote, "they could spend it the same day for purchases that would be unaffordable the day after".

My father was born into this gathering chaos, in July 1921. When Niko was two, my grandfather made an entry in his diary that is almost unimaginable today: "A KW novel now priced at 5 million marks."

[On shuttering the imprint] He had made a living off, or a kind of life out of, the new or exotic: Expressionism, Tagore, Fletcherism. Some of the books he published sold briskly right away. But after five years, half of his 800-copy printing of Kafka's first standalone book remained warehoused, and many other writers - Musil, Roth, Robert Walser - took years to find a following. Kurt published them just the same, as if each were a bond scheduled to mature 10, 20, 50 years on, time-lapse vindications of his judgement.

Endpapers: A Family Story of Books, War, Escape and Home by Alexander Wolff is published by Grove Press UK (£20).